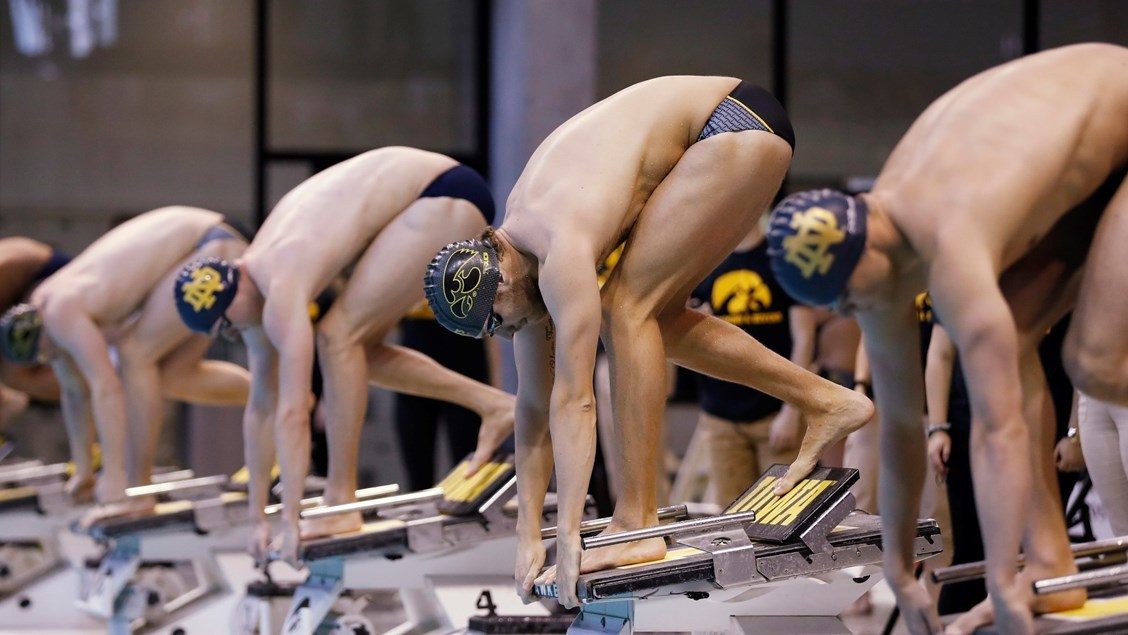 Seniors Chris Dawson and Jerzy Twarowski and juniors Kenneth Mende and Jack Smith, along with freshman Anton Hoherz took home top awards on the men’s side, while sophomore Hannah Burvill and freshman Jayah Mathews earned top honors for the women in the 2017-18 season. Current photo via Iowa Athletics

Seniors Chris Dawson and Jerzy Twarowski and juniors Kenneth Mende and Jack Smith, along with freshman Anton Hoherz took home top awards on the men’s side, while sophomore Hannah Burvill and freshman Jayah Mathews earned top honors for the women in the 2017-18 season.

Hoherz earned the men’s diving MVP award after setting a school record off the platform with a score of 415.65 at the Big Ten Championships. The Spring, Texas, native also led the team off the 3-meter this season with a zone-standard score of 389.50.

Burvill earned the women’s swimming MVP honor after qualifying for the NCAA Championships in two events — 100 and 200 free. The Pyrford, Great Britain, native swam to an NCAA “B” time in the 100 free on the final day of NCAAs, touching in at 48.94 to break the school record that she previously set at the Minnesota Invitational.

Mathews locked the MVP honor on the women’s diving side after being an NCAA qualifier as a freshman. Mathews dove to an NCAA Zone Standard (315.00) in the first meet of the season against Michigan State and Northern Iowa. The Australia native then bettered her season-best with a score of 315.60 against Western Illinois to lead the Hawkeyes off the 3-meter.

Smith also garnered the Wally Ris Memorial Award for the second consecutive year. The junior had the fastest time in the 100-yard freestyle this season. The England native posted an NCAA “B” qualifying time and broke the school record with a time of 42.71 at the Big Ten Championships. He was an NCAA qualifier for the second time in his career.

Senior Colter Allen received the Jim Marshall Award, handed out to the senior who contributed the best athletic ability. The Minnesota native was second on the team in the 100 fly with a time of 47.07 — ranking third in the UI record books.

Senior Morgan Rafferty was the recipient of the Alison Pennington Haddon Strength of Character Award, presented to the women’s team member who exemplifies the qualities of integrity, authenticity, dedication, work ethic, perseverance, loyalty, encouragement, and leadership.

Senior Logan Samuelson received the Irving B. Weber Leadership Award, which is presented each year to the individual who displays outstanding leadership.

One individual from both the men’s and women’s teams earned the Iron Hawk Strength and Conditioning Award. Senior Mekenna Scheitlin was honored for the women, while junior Will Brenner was the men’s recipient.

Strength and Conditioning Award: Will Brenner