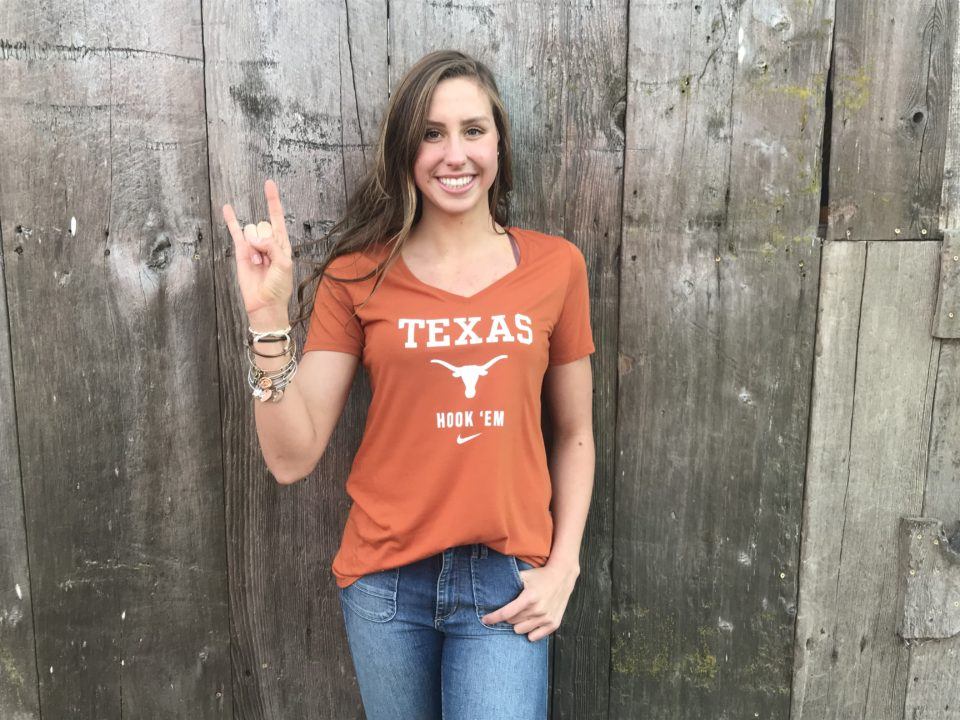 Miranda Heckman of Pleasanton Seahawks and Granada High School has announced her verbal commitment to the University of Texas for the class of 2023. Current photo via Shelly Heckman

Miranda Heckman of  Pleasanton Seahawks, a USA Swimming Scholastic All-American and NISCA All-American from Livermore, California, has announced her intention to swim for the University of Texas beginning in the fall of 2019. Heckman is the third verbal commitment to the Longhorns’ women’s team, following Cora Dupre and Mary Smutny.

“It is with great pride and excitement that I have the privilege of announcing my verbal commitment to swim for the University of Texas Class of 2023. I chose the Longhorns because of the outstanding coaching staff, the amazing facilities and my instant bond with the team. I believe they will help me achieve the success I strive for both academically and athletically. I would like to thank my family, friends and coaches for supporting me throughout this process. Hook ‘em! ???”

Heckman is one of the top distance swimmers in the high school class of 2019. She’ll take over for Joanna Evans, currently a junior, who was the Longhorns’ only scorer in the 200 free and 1650 free at NCAAs last year. Current sophomore Lauren Case tied for 16th in prelims of the 500.

YAY Miranda. We are so excited for you.

What a great catch! Congrats Miranda 🙂

The Capitani Effect? “Game Over!” 😀