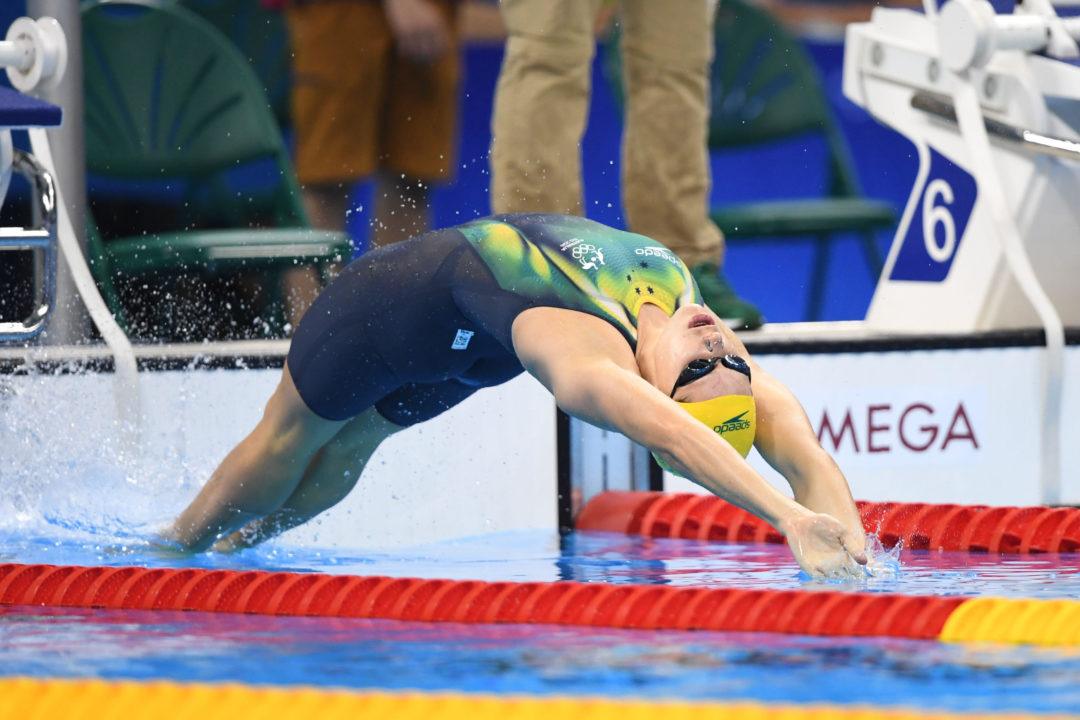 Belinda Hocking, 3-time Olympian for Australia, has announced her retirement from the sport of swimming at 26 years of age. The Wangaratta-born athlete, who most recently competed for her nation in the 200m backstroke at the 2016 Olympic Games, says, “I have been honoured and privileged to be a part of the Australian Swim Team for the past nine years, but the time has come where I am ready to part with competitive swimming.”

Hocking quickly rose through the Australian age group ranks and earned an Australian institute of Sport scholarship when she was just 15. Throughout her career, she scored 8 Australian long course national titles, including 7 in her specialty 200m backstroke event, while also becoming a Commonwealth Games double gold medalist.

Of her decision, Hocking says, “It has been an extremely difficult decision for me to make but I am so excited and a little bit nervous for what the future will hold.

“Swimming has been a part of my life since I was four years old, and I have been swimming competitively for 13 years. It is something that will take time to adjust and something that may take years to adjust to, but I am extremely lucky to have such a great support system.”

Hocking most recently trained under Coach Rohan Taylor at Nunawading, the man who was recently named Head Coach for Swimming Victoria. Of her talents, Taylor says, “Bindy was a true competitor, when there was a competition coming up she would be absolutely ready, switched on and up for a race.

“I really enjoyed watching her race and always looked forward to competition time because I always knew she would give it a crack, no matter what the situation, she would step up and give it 100 per cent in her racing.”

The fact that Hocking even qualified for Rio is a testament to her dedication and drive, as the Aussie suffered both a knee injury, a hand injury, as well as a car accident leading up to qualification.

“To see her get up and achieve this goal she had set for herself was fantastic,” Taylor said. “She went out there and she executed her race plan and qualified for her third Olympic Games when the pressure was on, to see her achieve her goal was definitely a highlight.”

Keeping perspective, Hocking says of her lengthy career, “Anything in life, I have always said, is a team effort. I have been blessed with one of the best teams in the world. To my coach Rohan, I was with you for just over 4 years, but I have grown more in the last 4 years than at any other stage in my life. You have helped shape me into the woman I am now.

“There are no words to say how truly thankful I am to my Mum and Dad. I want to thank them for giving me every opportunity to achieve all my dreams, for moving interstate and for always being there for me during the highs and lows.”

Swimming Australia CEO Mark Anderson said, “It has been a pleasure to see Bindy grow as a person and as a swimmer in her time on the Australian Dolphins Swim Team. She has had incredible international success in the pool. Bindy has been preparing for life outside of the pool for some time and will now switch her focus to completing a Bachelor of Primary School Teaching. We congratulate her on an outstanding professional swimming career and wish her all the best for the future. We know that she will stay connected with our sport.”

You can read Hocking’s own retirement statement on her website here.