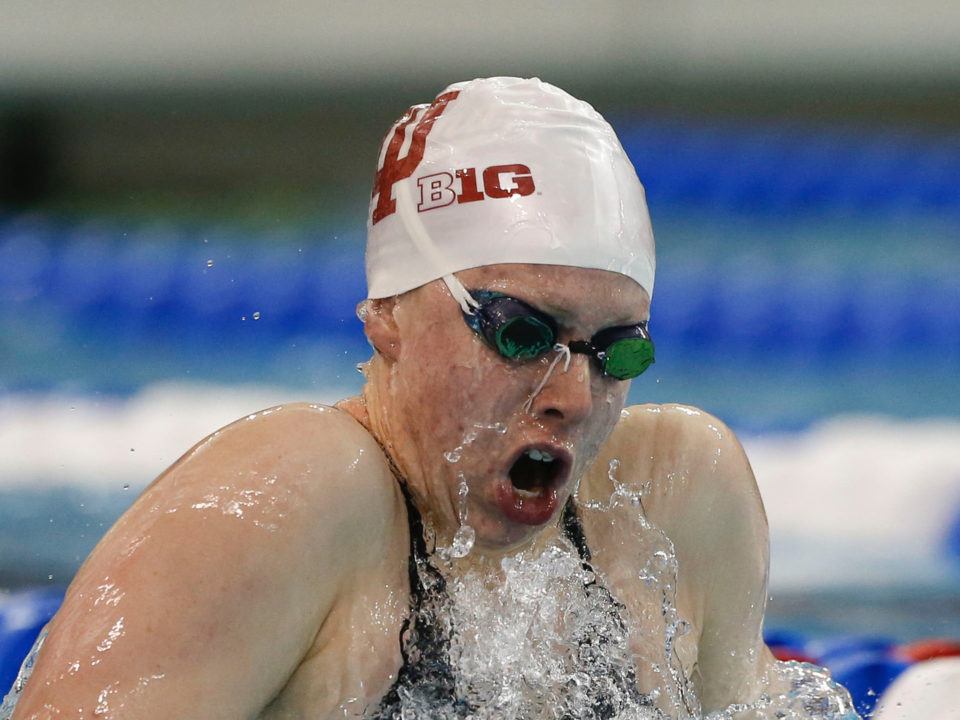 Lilly King broke was nominated for a 3rd-straight Honda Sports Award in swimming and diving. Archive photo via Tim Binning/TheSwimPictures.com

If there were any doubt remaining about the Stanford women’s dominance after scoring 593 points at the 2018 NCAA Championships and beating 2nd-place Cal by 220 points, and scoring the most points at this championship since 2005, another data point was given on Friday when the Collegiate Women Sports Awards announced the 4 nominees for the 2018 Honda Sport Award for swimming. 3 of the 4 nominees, Ella Eastin, Katie Ledecky, and Simone Manuel, swim for Stanford. The 4th, Lilly King, swims for Indiana.

The award, whose nominees are selected by a panel of coaches from the CSCAA, honors the best female swimmer or diver (though it’s always a swimmer) for the preceding NCAA season. Ledecky won the award last year as a freshman after winning 3 individual NCAA event titles (including a tie in the 200 yard free), even though Cal’s Kathleen Baker won the NCAA Championship Swimmer of the Meet award from the CSCAA. The winner is decided after voting by NCAA member institutions, with each school receiving a vote.

The winner of the swimming-specific award then moves forward to contend with the winners of 12 other sports for the Honda Cup, which Ledecky won last year.

Stanford swimmers have won the award 12 times, which is more than any other school since the honor was first given in the 1976-1977 season. Cal ranks 2nd all-time with 10. Indiana has never won the honor, though King has been nominated in each of the last 2 seasons (she’s the only Indiana swimmer even nominated).

Of the nominees, two, Manuel and Ledecky, have announced that they will turn pro before using up their collegiate eligibility.

Accomplishments of this year’s nominees:

I vote for Simone. I also think her picture should be included with the other 3.

3 individual titles plus 3 American, NCAA, US Open records this season
Ella Eastin without any discussion