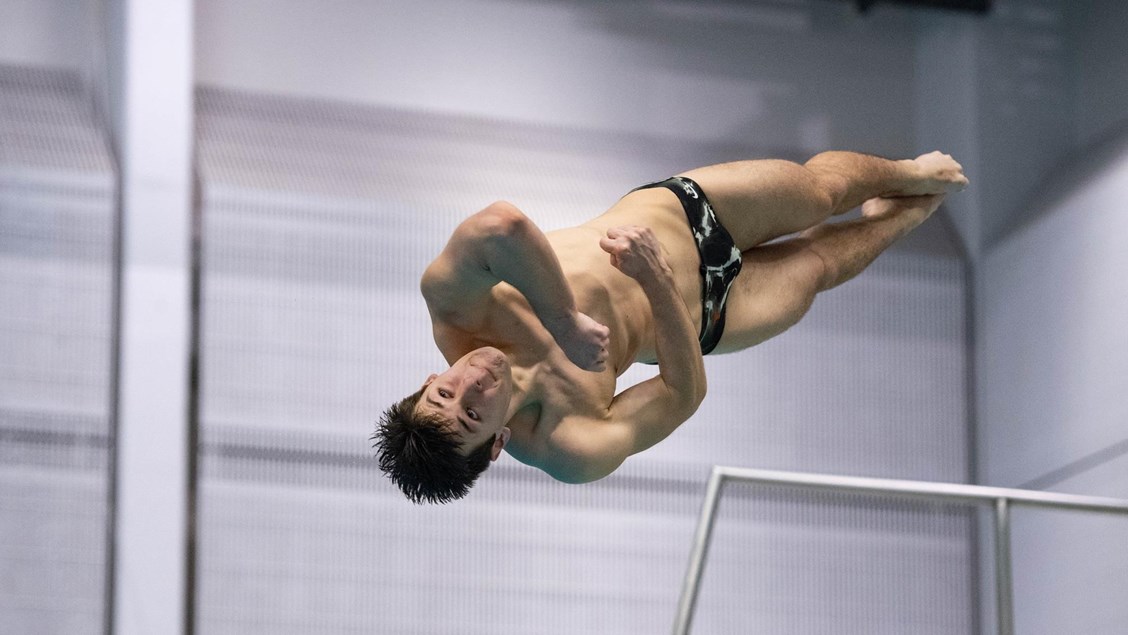 The Texas men now have four divers qualified for NCAAs, while the women have five. Stock photo via Texas Athletics

Minnesota’s Sarah Bacon picked up her second win of the competition in the women’s 3-meter, with the Texas’ Paola Pineda and Hailey Hernandez taking second and third.

The Longhorns had Pineda, Hernandez and Bridget O’Neil qualify on Monday, and then on Tuesday, they added two more for NCAAs with Jordan Skilken placing seventh and Morgan Menninger taking 10th on 3-meter.

The other new qualifier on the day was Texas A&M’s Alyssa Clairmont, who was eighth.

There were 10 NCAA spots up for grabs in the event, with four men qualifying for the first time.

Along with Noah Duperre and Manuel Borowski, the Longhorns now have four divers qualified for NCAAs.

Does reimbursement happen on the swimming side too?

What will Texas most likely do now when they have 4 divers qualified?
Take 2 or 4 divers?

However many they take, it will be that many more divers than Cal is taking!

What is the reason for divers having to finish Top 12 at their zone meet to be able to compete at at Nationals instead of being able to compete in any or all 3 events once they have been invited?

Diving prelims take a LONG time. They have to limit it somehow.