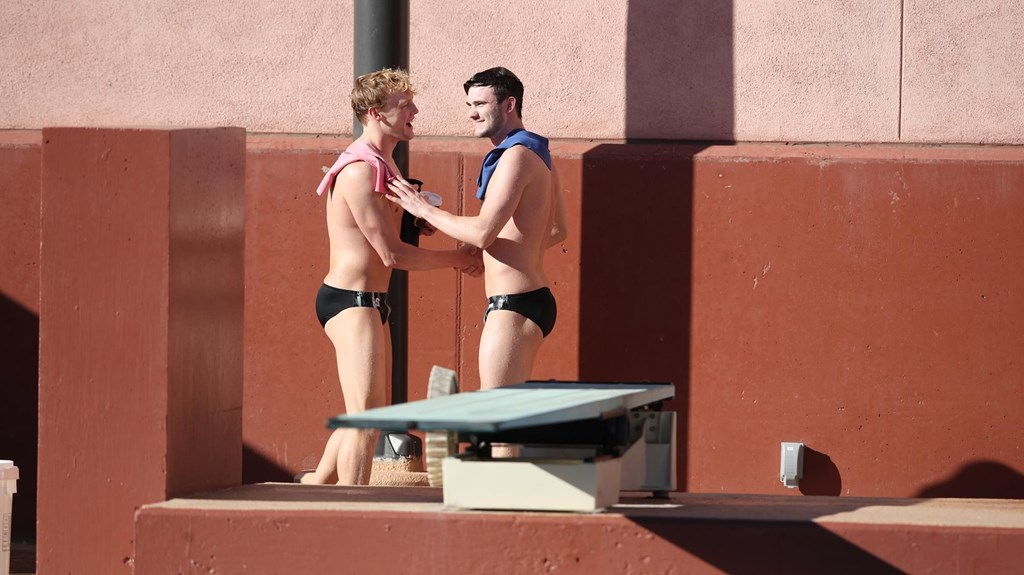 The Stanford men added a third diver to their NCAA lineup on Tuesday, while Arizona and Utah added two apiece. Archive photo via Stanford Athletics

Arizona’s Delaney Schnell made it two-for-two at the Zone E Championships in the women’s 3-meter event, rolling to a dominant victory with a total score of 792.30.

Stanford’s Maria Papworth Burrel and Carolina Sculti took second and third, while UCLA’s Hannah Butler was the only new qualifier on the day, placing fifth.

Arizona’s Bjorn Markentin booked the win in the men’s platform event to punch his ticket to NCAAs, as did the Utah duo of Ben Smyth and Jenner Pennock, Stanford’s Ethan Foster and Markentin’s Wildcat teammate Eric Correa.

The Cardinal now have three divers qualified, with Jack Ryan and Conor Casey solidifying their spots on yesterday’s 3-meter.

So what’s the deal with Holly Waxman and Kennedy Cribbs, both of whom are bold but do not have an asterisk?