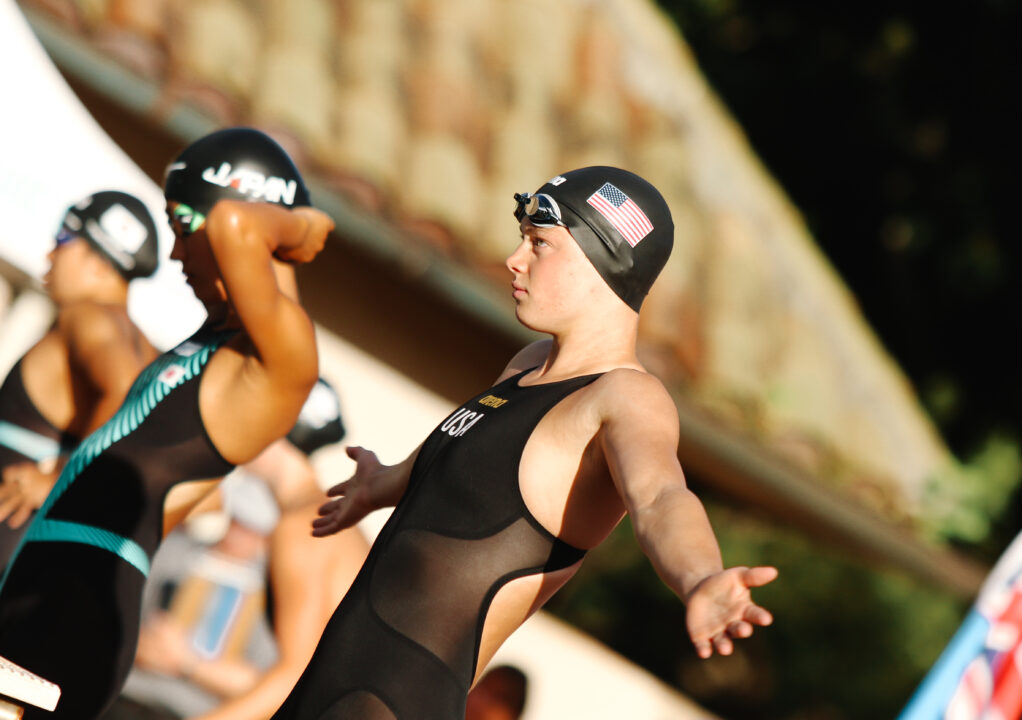 Piper Enge has dropped out of the girls' 50 free 'C' final to focus on the 200 IM, earning Claire Weinstein a second swim after she won a swim-off. Archive photo via Jon Reiter

There have been just three individual scratches for the first full night of action from the 2022 Winter Junior Championships – West in Austin, all coming from the ‘C’ (or bonus) final.

With Enge’s scratch, a swim-off between Claire Weinstein, Gracyn Aquino and Eden Goettsch was held to decide the last finalist after they all tied for 25th in 23.22.

In the same heat, there was also a swim-off between Helena Jones and Maddy Parker for first alternate after they tied for ninth in 22.82, with Jones emerging victorious in 22.67.

it’s a little confusing, but I think you have your Daniel Li’s mixed up. Different Daniel Li in the 200IM (Rose Bowl Aquatics) and the 50Free (Longhorn Aquatics)