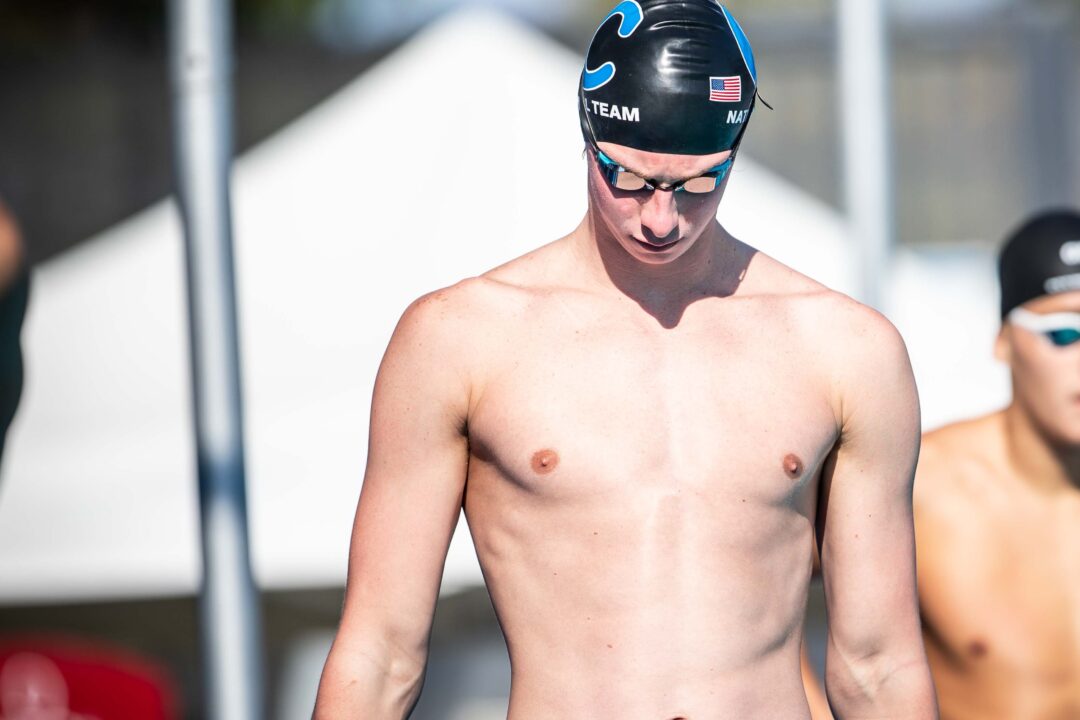 Carmel Swim Club's Aaron Shackell has dropped the 50 free 'C' final and will turn his focus to the 500 free 'A' final on Thursday night in Greensboro. Archive photo via Jack Spitser/Spitser Photography

Four swimmers have scratched out of the 50 freestyle for tonight’s finals session at the 2022 East Winter Junior Championships in Greensboro, N.C., though none will come out of an ‘A’ final.

This was Crooks’ only individual entry at the competition. With the scratch, a swim-off between Carmel’s Meghan Christman and Gator’s Ali Pfaff was avoided, as they tied for 16th in 23.03 but will now both race in the ‘B’ final.

Addison Sauickie also dropped the girls’ 50 free ‘C’ final after finishing 21st this morning in 23.11. Sauickie will be racing in the ‘B’ final of the 500 free.

The withdrawals of Crooks and Sauickie resulted in Lakeside’s Haley McDonald (23.21) and Columbia Swimming’s Slawka Ndubuisi (23.22) getting second swims.

Shackell will race in the ‘A’ final of the 500 free, while Sullivan will contest the championship final in the 200 IM.

With these two scratches, Lakeside’s Johnny Crush (20.50) gets bumped up and earns a second swim.

Dang wanted to see what Crooks could do in finals after that 21.6 split last night. Must be getting ready for SC Worlds.