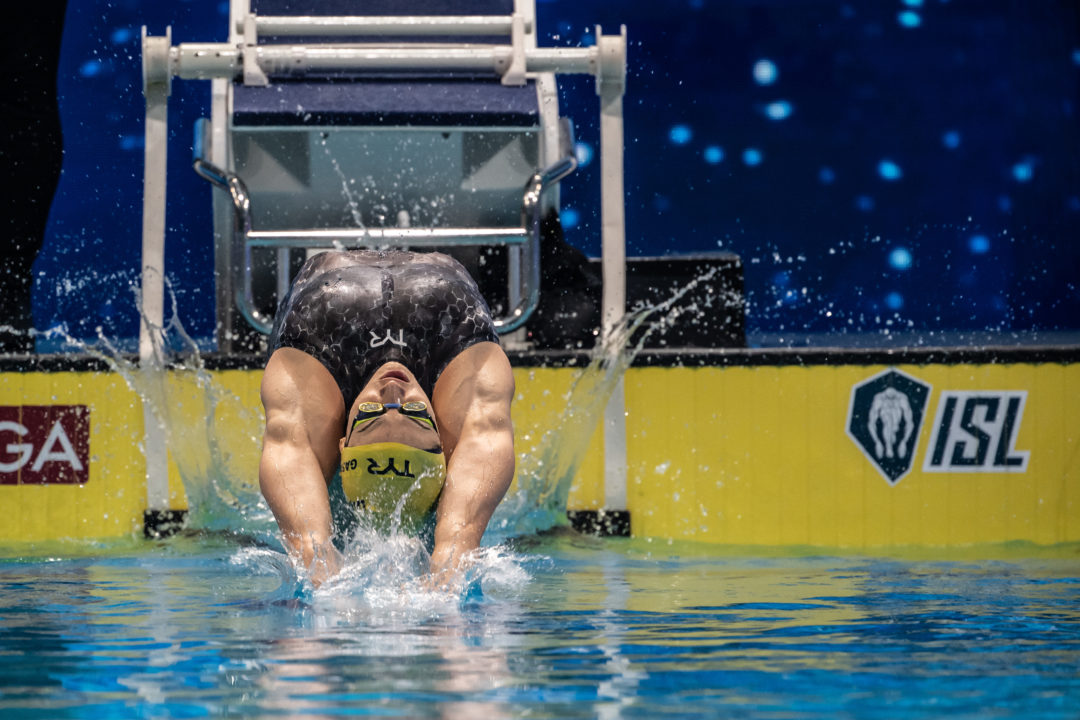 With the exception of the first two rounds of the skins race, Gastaldello went unbeaten in Match 3. She started with a relay win in the women’s 4×100 free then followed it up with a tie for first place with teammate Weitzeil in the 50 free. Next came victories in the 100 back, women’s medley relay, 100 free, and 50 fly, the latter of which earned her 15 Jackpot points. Her 24.79 50 fly blowout was reminiscent of Kromowidjojo’s in Match 2; her 24.74 also stole the 15 points that should have gone to finishers 4 through 8.

In the 50 free skins, Gastaldello first eked out a 3rd-place finish in round 1, qualifying for the semi-final. There, she finished 2nd to Weitzeil, putting the two LAC teammates into the final. In her final at-bat, Gastaldello blew Weitzeil away and claimed the skins victory with 14 additional points, sealing her status as the top MVP point-winner of the match.

Murphy opened Match 3 with a massive win in the 200 back, netting 24 points by Jackpotting 15 points from finishers 4 through 8. Next he tied for gold with Shane Ryan of Toronto in the 50 back before going on to win the men’s 400 medley relay with his LA Current teammates Felipe Silva, Tom Shields, and Maxime Rooney. A third in the 100 back followed, and then came the 50 back skins races. He won round 1 with a Jackpot of 3 points, stealing from finishers 7 and 8. Murphy finished up with wins in round 2 and round 3 for a total of 35 points.

Weitzeil started out with exactly the same points as Gastaldello, scoring a win in the women’s 400 free relay and a tie for first in the 50 free. She then anchored the winning women’s 400 medley relay and placed 3rd in the 100 IM. In the 50 free skins, she was 2nd in round 1, she won round 2, and she was runner-up to Gastaldello in round 3.

Beryl is incredible! Congrats to her. 2 more events than Murphy too.