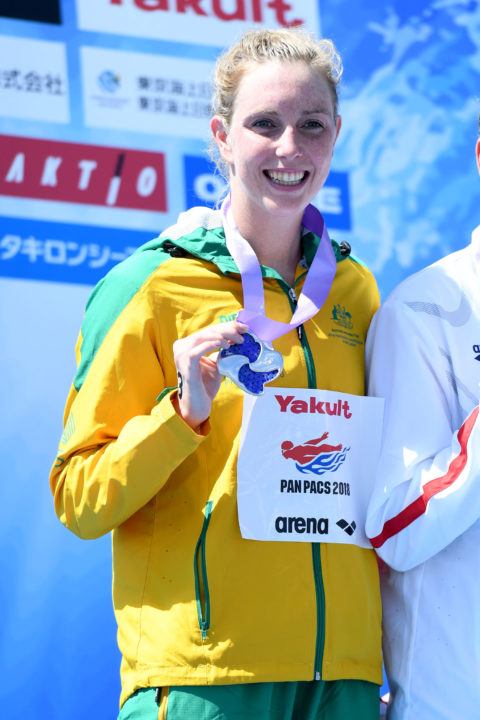 Swimming Australia is delighted to announce its 2020 Australian Open Water Swimming Championships will return to the scenic shores of South Australia’s Brighton Beach next year.

Taking place on the Australia Day long weekend between Saturday 25 to Monday 27 of January 2020, the event will see our country’s elite and emerging open water swimmers not only battle it out for coveted titles, but also prestigious spots on the Dolphins swim team.

As the world counts down to the 2020 Tokyo Olympics, the Australian Open Water Swimming Championships has been identified as one of two events for male athletes to earn selection, so there’s no doubt competition will be tough and fierce in the Men’s 10km race.

Noosa’s Kareena Lee, who won the top honor in the Women’s 10km event at this year’s national champs, recently secured the women’s nomination for the Australian Olympic Team at the World Championships in South Korea.

International swimmers will also likely target this event for race practice, ensuring it will form a vital part of the athletes’ preparation.

“Next year marks a significant period in our calendar as our male athletes try to make the team for Tokyo and capitalize on race practice opportunities, so I hope the people of Adelaide head down to Brighton and cheer them on.”

Acting Minister for Trade, Tourism and Investment, Tim Whetstone said the State Government was proud to have secured the Australian Open Water Swimming Championships for another year.

“2020 will mark the fourth consecutive year that we’ve hosted the championships, further cementing our reputation as the home of national swimming events,” said Minister Whetstone.

“We will also be hosting the Hancock Prospecting Australian Swimming Championships in June – the third time South Australia has hosted the all-important Olympic selection trials.