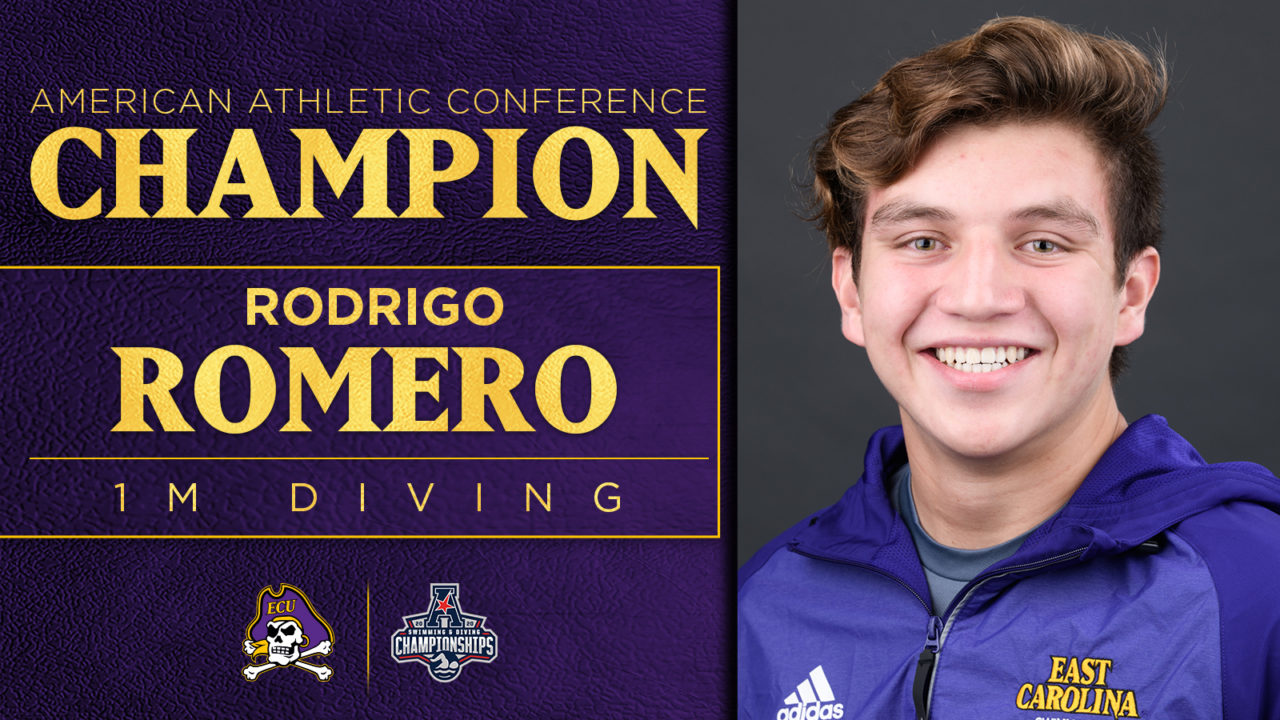 As a freshman last season, Romero was the AAC Champion on 1-meter and an NCAA Championship qualifier on both platform and 3-meter. Archive photo via ECU Athletics

One of the biggest transfer pieces up for grabs when East Carolina dropped their swimming & diving programs in May, AAC Champion diver Rodrigo Romero has announced that he will transfer to Kentucky next season. Romero is expected to have 3 seasons of eligibility remaining.

Last season, as a freshman, Romero was the AAC Conference Champion on the 1-meter springboard event. He also finished 2nd in the conference in the 3-meter and platform events.

Romero qualified for the Zone B Diving Championships. On platform, he finished 8th, which was good enough for an NCAA National Championship (non-reimbursed) invite. He also was eligible to dive the 3-meter at that meet after placing 11th, and he was 15th on the 1-meter at Zones.

That made him ECU’s first diver to qualify for the NCAA Division I Championships since Jack Morrow in 1974. That meet was canceled because of the rising coronavirus pandemic, but all qualified divers (and swimmers) were given All-America honors by the CSCAA.

The top of those performers, conference champion on platform Mingli Zhang, will be a junior next season. Platform runner-up Chase Lane will be a senior, and the two represent the Wildcats’ highest 2 scorers at the SEC Championships en route to a 7th-place team finish.

Romero is a native of El Roble, Mexico, where he was a member of the Junior National Team that dove at the 2019 Central American and Caribbean Youth Games.

He’ll see his former ECU diving coach Jesse Lyman in the SEC this season: Lyman last week was announced as the head diving coach at Alabama.