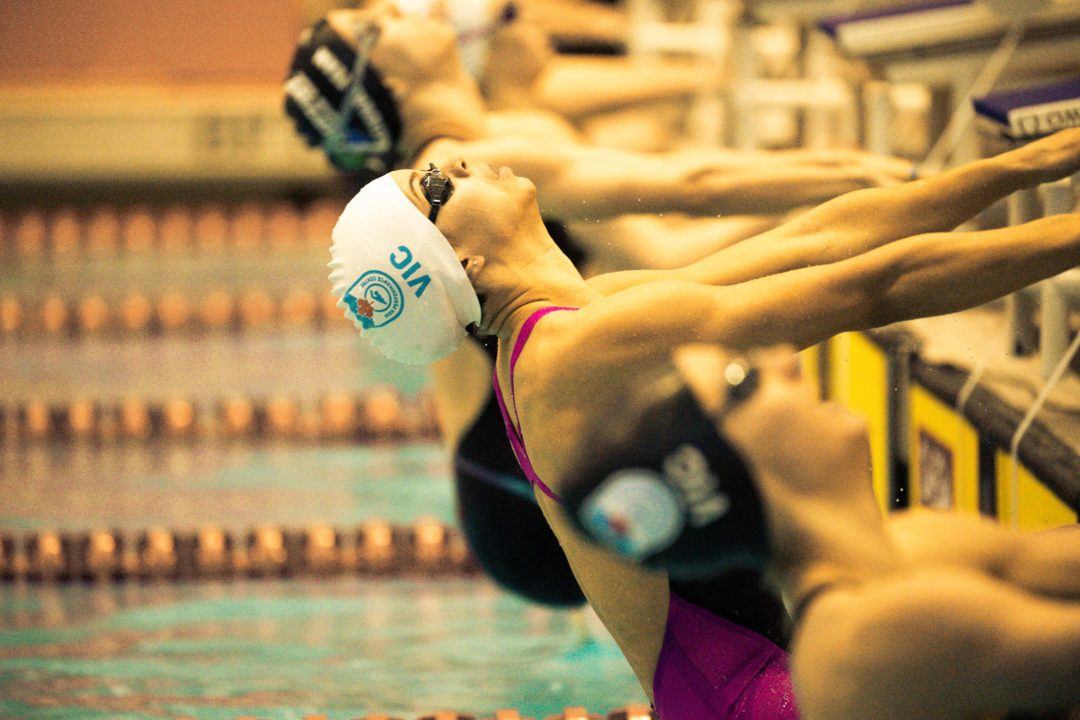 Jade Hannah is coming off a lifetime-best 200 back and is looking for repeat gold in the 50 back, which would give her a sweep of the backstrokes in Budapest. Archive photo via Mike Lewis/Ola Vista Photography

We’re past the halfway point of 2019 World Juniors. Here are the headlines to look out for on day 4:

Canada’s Jade Hannah has been one of the standouts of the meet so far, winning the 100 and 200 backstrokes over the first three days. She’ll start a sweep bid this morning in heats of the 50 back, where she’s seeded 3rd. Despite that seed, Hannah is still probably the favorite: she won this event in 2017 (tying for gold) in 27.93.

Ceccon vs Minakov in 50 fly

Two gold medalists will go head-to-head in an explosive 50 fly. Russia’s Andrei Minakov has proven himself the best sprint flyer in Budapest so far, winning the 100 fly with ease in 51.23. That wasn’t even within half a second of a best time for Minakov, the World Champs silver medalist.

Italy’s Thomas Ceccon is perhaps closer to his best this week, though he’s definitely not as much of a butterfly specialist as Minakov. Ceccon broke the meet record (and rattled Italy’s senior national record) in the 100 back with a best time, and comes in as the top 50 fly seed, .01 ahead of Minakov.

Australia’s Lani Pallister already has one gold and a meet record: an 8:22.49 showing in the 800 free. That was a dominant win for Pallister, besting the field by more than four seconds. She’s the top 400 free seed, but will have to navigate the prelims/finals format, in contrast to the timed final 800. Pallister is the top seed by 1.5 seconds, and seeded within half a second of Tamsin Cook’s meet record from 2015.

For Japan’s Shoma Sato, a meet record in the 200 breast is within sight with even a decent swim. Sato was 2:09.42 earlier this year – more than seven tenths below the meet record set in 2015 by eventual two-time world champ (and world record holder) Anton Chupkov. He’s already on fire this week, having taken two tenths off his personal best in the 100 breast in semifinals.

But American 16-year-old Josh Matheny has been a breakout star. Since the beginning of August, he’s dropped 0.9 seconds off his 100 breast time, and took silver in the 100 earlier this week. Matheny dropped 1.6 seconds from his 200 breast at U.S. Nationals last month and could be the foremost challenger to Sato, though Russia’s Aleksandr Zhigalov is also in the mix after dropping almost two seconds at Russian Nationals in April.

Chupkov is not an Olympic champion