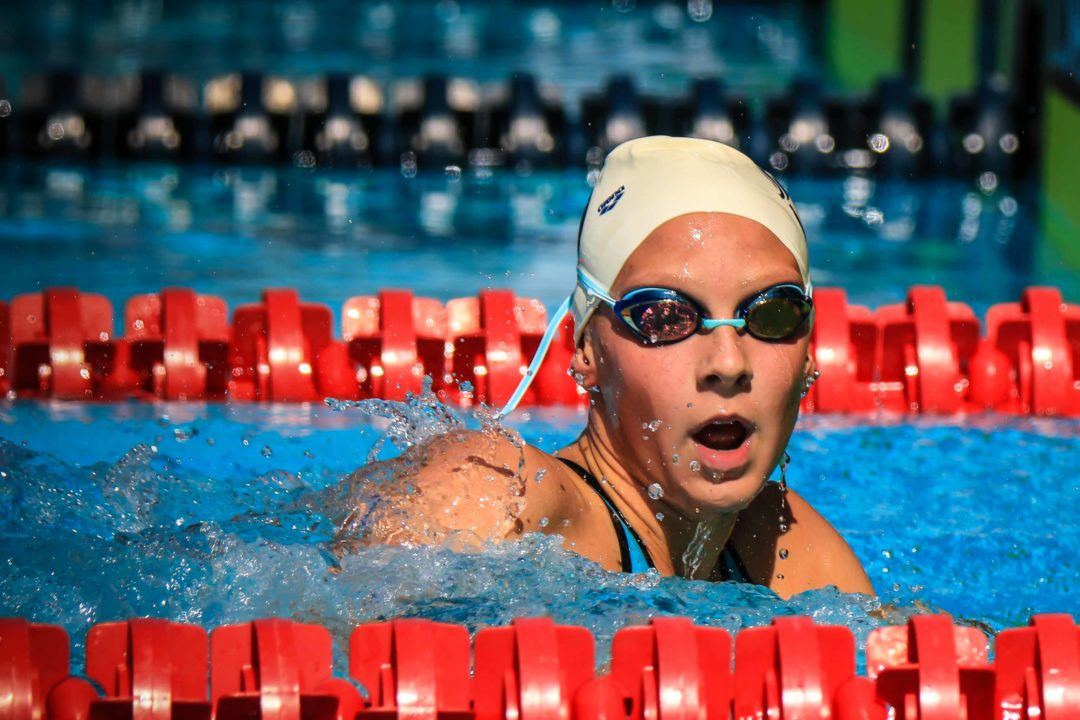 This schedule is similar to what Day 1 of last week’s 2019 U.S. National Championships featured, but has swapped the 100 freestyle for the 100 breaststroke.

As the full roster for the 2019 Junior World Championships is being decided following the conclusion of Nationals last week, roster spots on the Budapest team are no longer up for grabs. Even so, some swimmers from last week will continue racing this week.