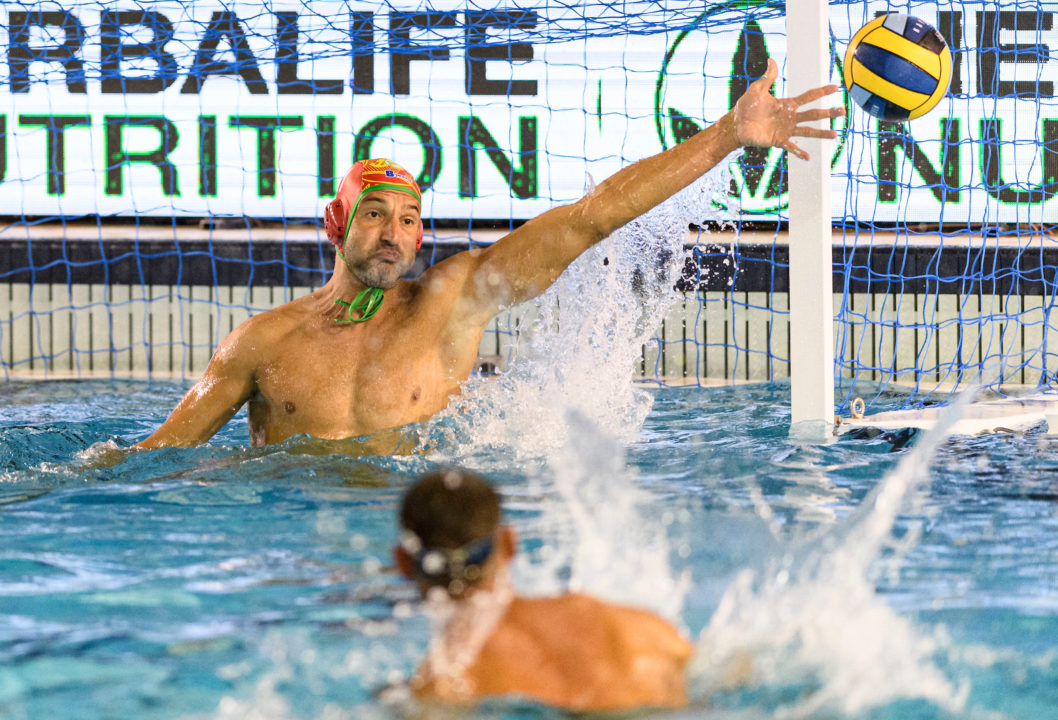 With just three matches today, only Group A was in action, competing at their Rome, Italy bubble. (Group B will play their bubble starting tomorrow in Budapest, Hungary).

But 2019 runners-up Olympiacos started off with a win, downing CC Ortigia 6-4. Olympiacos goalkeeper Emmanouil Zerdevas blocked 11 of 15 Ortigia shots on goal, while his Ortigia counterpart Stefano Tempesti stopped just 6 of 12 shots on goal.

Ortigia jumped out to an early lead, with Simone Rossi scoring only about two and a half minutes into the first period. They would go up 2-2, but Olympiaco roared back with three unanswered goals. Things were still close with a 5-4 Olympiaco lead with about four minutes to go in the fourth period, but a Marios Kapotsis goal put his crew up 6-4 and they’d hold that lead the rest of the way.

Tomorrow will be a much busier day, with matches on the docket. The Group A teams will play again, and the six Group B teams will also play in Budapest, Hungary.

“It is a big and important win for us. I was worried because we were the  favourites and Ortigia had nothing to lose. They had some great wins in the  qualifications. We practically haven’t played a game for two months, that’s  why we had some problems at the beginning but we then managed to  regroup ourselves. We had a good control of the game, good defence. They  have a great goalie, Stefano is always good. I’m satisfied with the three points  as it is always important to win the first match.”

“It was a difficult game where we had a bat start. Ortigia is a good and strong  team. This is a big win for us. We will watch Spandau and take the following  matches day by day. For us, it is important to finally play again since this is  our first match in months.”

“This was a historic match for the club, the first Champions League game in  its entire 92 years of its history. We made technical mistakes in various  aspects of the game, especially in our man-ups. Olympiacos is an experienced  team. It is an honour for us to play the Champions League. Tomorrow we face  Recco, we will give our best.”

“We can only regret what happened… We wanted so badly to win this match  and clinch our first 3 points. They are a much more experienced team, got  used to play these kind of games. We are newcomers. Tomorrow we face  Recco with our heads high.”

“We wanted to do better in this historic match for Ortigia. They know how to  play this type of games. We were victims of our own inexperience. Tomorrow  it will be even harder against Recco, it will be another difficult game. We have  to forget today and concentrate on tomorrow’s match against Recco.”

“We haven’t played a match in 78 days, not even a practice match, nothing.  Still, I don’t let that be an alibi for us. First of all, we lost because of sports  reasons. In the first half we lacked rhythm, our reactions were slow so the  final result is acceptable to us. Tomorrow we face an opponent known for its control of the game. If we let them do that the result will be pretty much the  same. We’ll see what we can do in 24 hours.”

“The last time we played a match was in September against Hannover. We  completely lost our rhythm, got hit by Covid19 and maybe had three trainings  together. We must learn from today’s match, give our best tomorrow and  step on from there.”

“It was a match to be expected, given the situation in Germany. We pushed  hard in the first half then slowly closed the match and slowed down a bit in  the second in view of our tomorrow’s match against Marseille. They are in a  very good position, they played many matches in their own league.”

“I must say first and foremost that we are absolutely happy to finally start  playing the Champions League again, no matter what the conditions are.  Today we had a good match, I am happy how we started this tournament. I  hope for another good one tomorrow.”

“This is a new situation for all of us and it is normal that we didn’t start off  the best. They are a very strong and diverse group of players. It was a really  difficult game. However, we reacted very well with courage and proved that  we are mentally strong when it counts. Next is Ortigia. They swim a lot, have  good defence – and Stefano Tempesti.”

“I would like to congratulate my team. I was not expecting an easy match  even if everyone was pushing us as favourites. They are an excellent group of  players including great strong individuals and up and coming French players.  We had some periods when we lost our concentration but at the end we  managed to score a victory. It is an excellent incentive for the matches to  come.”

“We played an excellent match and gave our best tonight. We managed to  force our game on Recco, which is a huge thing. We made some mistakes,  were maybe too emotional but we are in a process of building a team. We  have to take away only positive emotions from this match, though it is not  easy to do that since we were leading against the best team in the world.

Now we have to recover quickly and try to do the same as we did tonight against Jug.”

“It was an excellent opening match. We were on top for the first 20 minutes,  later on we weren’t as aggressive as we needed to be when playing against a top team like Recco. We were lacking some little things to reach a tie at  least.”

“We started well, were aggressive and played well in defence. We then made some mistakes that ultimately cost us a win or at least a tie. They are an  experienced team which knows how to punish those mistakes. After all, Recco is one of the best teams in the world. Jug is not like Recco, they are also experienced but if we play strong in defence we have a chance to win.”