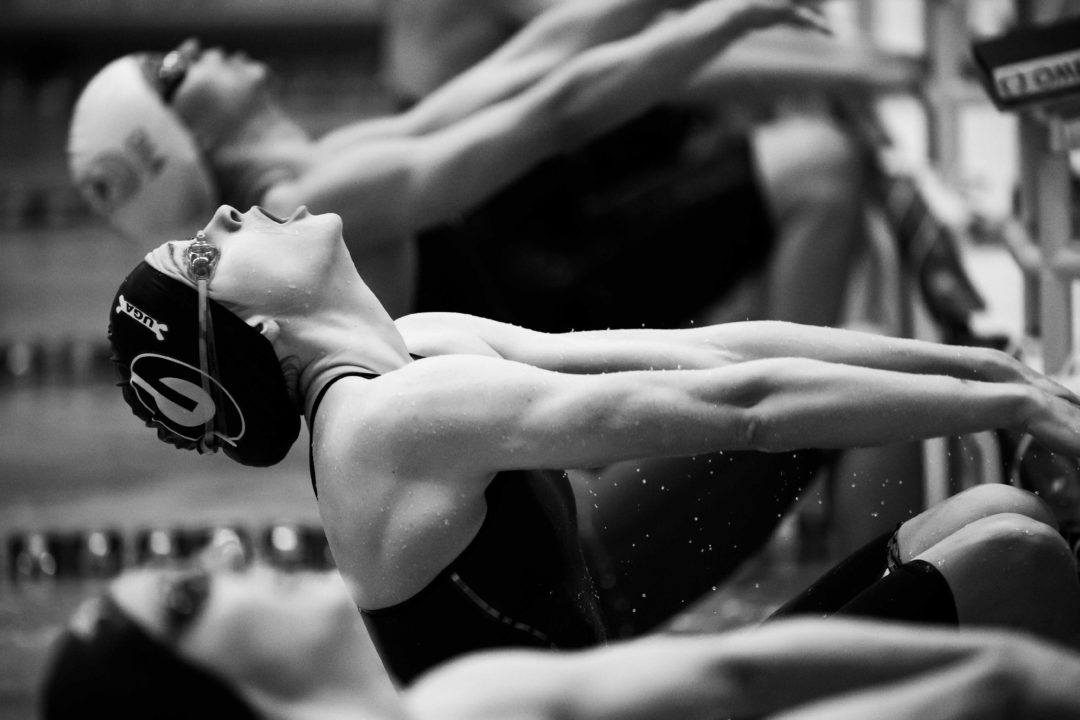 Olivia Smoliga (pictured) and Lisa Bratton will both scratched out of "A" finals to concentrate on other events on Day 4 in Knoxville. Current photo via Mike Lewis/Ola Vista Photography

Stewart’s B-final appearance in the 100 free comes courtesy of Amanda Weir, who placed 14th out of heats this morning with 56.96 before scratching out of finals. The last scratch in the women’s meet came from Melanie Margalis of Saint Petersburg Aquatics. After finishing 10th in the 50 breast (32.57), she opted out of the final to concentrate on the 200 IM, where she is top seed. SwimMAC’s Desirae Mangaoang (17th with 33.89) will swim in the B final of the 50 breast instead.

There was only one scratch out of the championship and consolation finals in the men’s meet. Caspar Corbeau of Tualatin Hills Swim Club, who posted the 15th-fastest time of the morning (2:07.76) in the 200 IM, ceded his spot in the B final, giving way to Seattle Metropolitan Aquatic Club’s Tyler Lu (17th with 2:09.80). Corbeau will swim in the B final of the 50 breast, for which he also qualified (15th with 29.40).