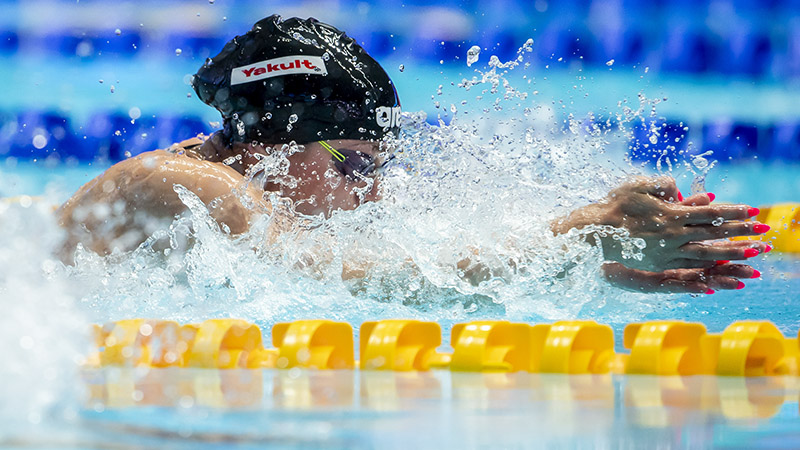 Earlier in the heats, two championship records were taken down. The first was by Hungarian Gabor Zombori, who leads the men’s 400 free by nearly 3 seconds with his new record time of 3:46.97. Shortly after, Italian Thomas Ceccon led the top 16 men’s 100 back semifinalists with his championship record of 54.07.

Along with Zombori and Ceccon, 14-year-old Italian Benedetta Pilato will also be on record watch as she leads the women’s 50 breast semifinals with her top time of 30.35. At the senior World Championships meet, Pilato popped a 29.98 in the 50 breast while being crowned world runner-up in the final later in the meet. The ratified world junior record and championships record stands at 29.86, just a tenth off Pilato’s lifetime best.

Here are some more storylines to follow heading into tonight’s finals session:

For anyone wondering how to watch these live without paying a dime to FINA, get a VPN (HIDE.me) and switch it to Canada. That’s all folks! https://www.cbc.ca/sports/olympics/aquatics/world-junior-swimming-championships-1.5252556