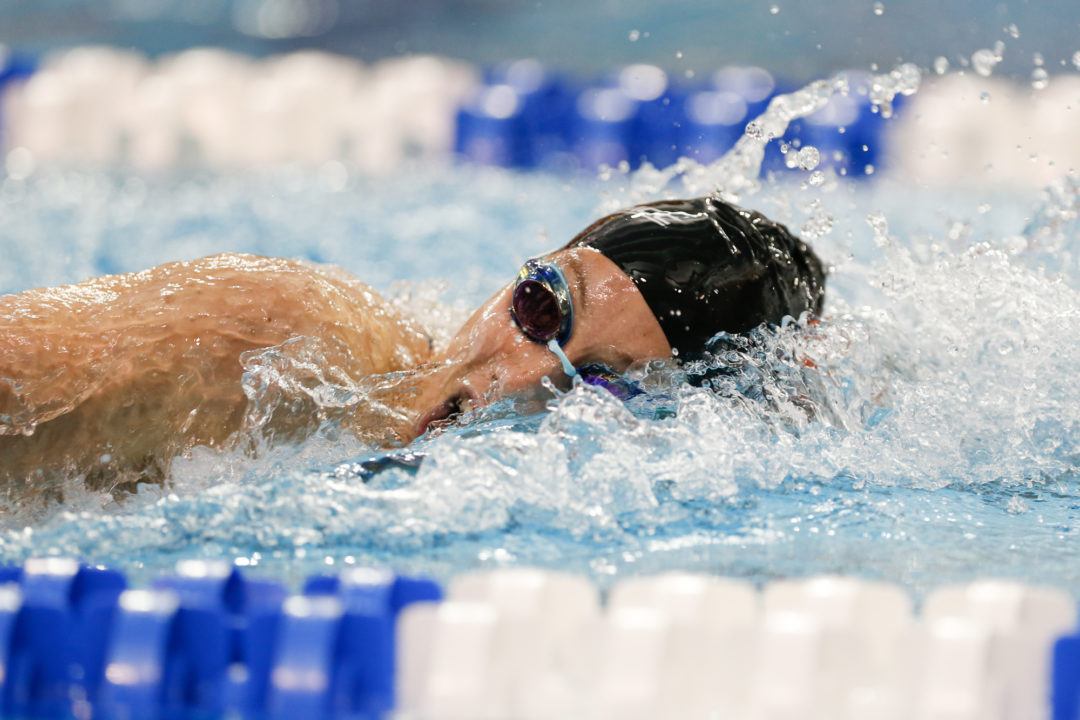 While Mallory Comerford still led the way for the Cardinals in 2018, they sported a much more balanced attack, in terms of individual NCAA scoring, than they did in 2017, when only two women besides Comerford scored.  This past year, Comerford was joined by six other individual scorers, Louisville finished between 4th and 6th in every relay, and the Cardinals placed 5th overall, one spot of there then record-tying finish from the year before.  Those relays did not include a single senior, and the Cardinals also return all seven individual scorers heading into the 2018-2019 season.

With Simone Manuel turning pro, Comerford is clearly the best swimmer in the NCAA across the three sprint free distances heading into her senior year.  She won the 200 free last year absent of Katie Ledecky and is the fastest returner in the 100 free.  What remains to be seen is if she’ll stick with the 500 free, or go after the 50 instead.  She made the A-final in the 500 each of her first two years, but dropped to 27th last year.  Her best time of 21.87 would put her in the A-final of the 50 free, and she and Cal’s Amy Bilquist are the only returners with 21.0 free relay splits.  While obviously nothing is guaranteed, it’s reasonable to start talking about Comerford sweeping the three shortest free events.

There’s plenty of depth behind Comerford, something that enabled Louisville to finish in the top six in all three free relays at last year’s NCAAs.  Lainey Visscher finished 11th in 50 free individually, swam on the 200 free & 400 free relays, and thew down a 21.57 anchor on the medley relay.  Casey Fanz split 21.69 anchoring 200 free relay, and she sports a personal best that would’ve put her in the B-final.

Avery Braucnecker, Sophie Cattermole, Rachel Bradford-Feldman and Arina Openysheva collectively rounded out those relays.  None of them may pick up sprint free points individually (although Braucknecker and Cattermole very well could), but Louisville can expect to compete for A-final spots in all three relays once again.

With Comerford failing to make the 500 free finals, it was up to Sophie Cattermole to earn Louisville some points in the distance events, and she responded by taking 12th in 500 free.  She was just a bit off of scoring in the 1650, finishing 19th, but her personal best would’ve earned points, so look for her to earn a few more points next year.

It’s a very similar story in the IM events, where Bradford-Feldman placed 13th in 200 IM last year.  Again, like Cattermole, she didn’t earn any points in the longer event in the discipline, but her personal best of 4:08.14 in the 400 IM means she could earn some points down the road.

Grace Oglesby went 1:56.77 at ACCs, good for a 7th place finish.  She’d need to knock almost another second off that time to score at NCAAs, but it seems feasible that she could add the event to her NCAA lineup this year, especially as she wasn’t on the 200 free relay last year, so it’d just mean a double and not a triple.

Speaking of Oglesby, she was the only returning swimmer besides Comerford who’d scored in 2017, and last year she continued to build on that solid freshman campaign, where she’d taken 15th in the 100 fly.  She increased her individual points by an order of magnitude as she jumped up to grab 7th in both fly events, making her the 2nd-highest point scorer on the team, behind Comerford.  She may not be in the running for a NCAA title yet, but with three seniors finishing above her in the 100 fly last year, she could be looking at top three finish in that event.

Alina Kendzior provided solid relay splits and set the school record in the 100 back for the 2nd year in a row, topping out at 51.76 and finishing 15th in 100 back.  She may not be a scoring threat in the 200 back, where she finished 36th, but she should do her part again to keep Louisville’s medley relays in the top eight.

Ashlyn Schoof came out of high school with a sub-52 in the 100, a time that would’ve made the B-final at NCAAs this year.  She wasn’t able to break 52 the season, ultimately finish 33rd and 42nd in the backstroke events at NCAAs, but she’ll be one to keep an eye on this year to see if she can approach her personal bests.  The aforementioned Schultz arrives in Louisville with best times of 54.71/1:58.66 from her junior year of high school, so she could help provide some points at ACCs with some development.

Louisville has a little more depth here, in terms of NCAA qualifiers, than in any other discipline besides freestyle.  Maria Astashkina led the Cardinal breaststroke corps with a 10th place finish in the 100 breast and a 12 place finishing in the 200 breast, besides splitting 58.42 on the 400 medley relay.

With no big losses but no freshmen who seem immediately poised to to make an impact at NCAAs, there’s every reason to think that the Cardinals should perform very similar to how they did last year.  There doesn’t immediately appear to be a ton of depth, in terms of NCAA scoring, behind last year returners, but many of them saw some big improvements last year.   They’re not going to challenge Stanford, or even Cal, but they definitely have the ability to hold position and maybe jump up a spot or two if everything breaks right.

“Comerford is clearly the best swimmer in the NCAA across the three sprint free distances” ….ha ha
Stanford freshman Talyor Ruck, is a much Faster swimmer and a fierce competitor. Comerford will be lucky to get Silver at the NCAA IMHO

Yikes this team is stacked!!!

Ruins the headline she was a great swimmer and relay contributor

I bet Comerford will be 50-point in the 100 fly mid-season – too bad she probably won’t swim it in the championship season (maybe at ACCs???). She should have a great 200 fr battle with Taylor Ruck – I’d give Comerford the edge based on yards experience, but wouldn’t be surprised to see two sub 1:40s.

It says absent not over.

Marty – I had a brain fart, and it did initially say “over.”

All good. I am a huge Mallory fan!