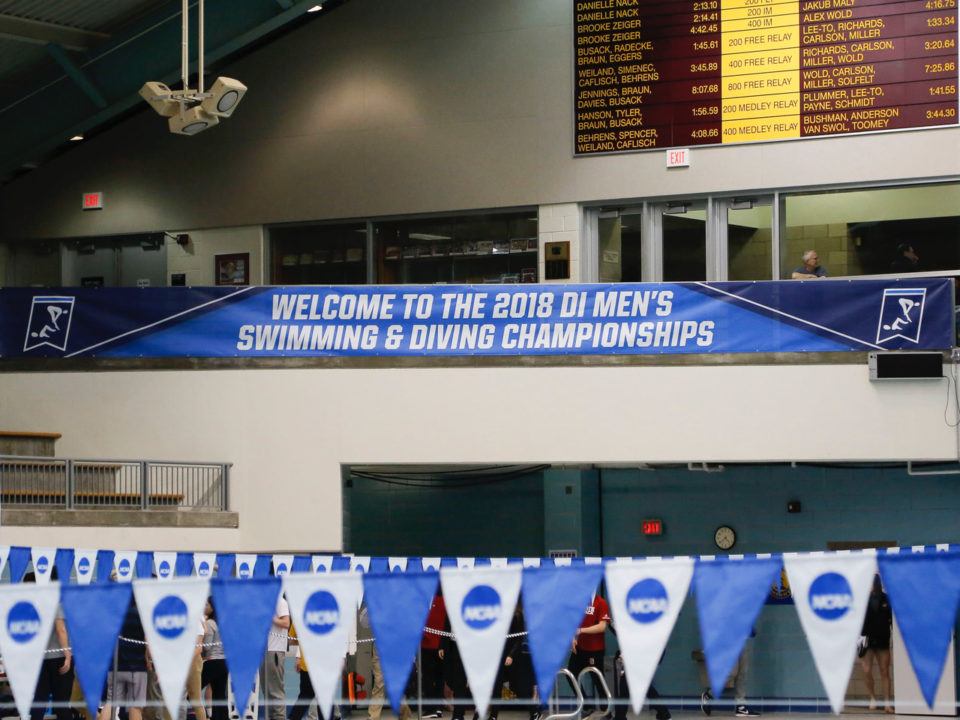 The only scratch with a projected scoring impact this morning is Louisville's Nicholas Albiero in the 100 fly. He was seeded #16. Current photo via Tim Binning/TheSwimPictures.com

The only scratch with a projected scoring impact this morning is Louisville’s Nicholas Albiero in the 100 fly. He was seeded #16. Albiero will be swimming the 100 back this morning, where he’s the 8th seed.

Meanwhile Texas junior John Shebat is out of the 100 fly. Shebat was also set to swim the 100 fly/100 back double, and after a somewhat lackluster 100 back in Texas’s 400 medley relay in prelims, he may be on the bubble of scoring at all individually in the back. He’ll drop out of the 100 fly, where he was the 55th and last seed in the field, to focus only on the back, where he’s seeded 14th.

His teamate Tate Jackson has also scratched the 100 fly and will have no individual events today. He was the 37th seed.

All of this morning’s other scratches come from swimmers who were slated to do a double. Georgia’s James Guest has scratched the 400 IM but will swim the 100 breast. Texas A&M’s Mauro Castillo has also scratched an event (100 fly) in favor of focusing solely on the 100 breast.

I didn’t see Tate Jackson in 100fly heat sheet…I thought that was his third event?