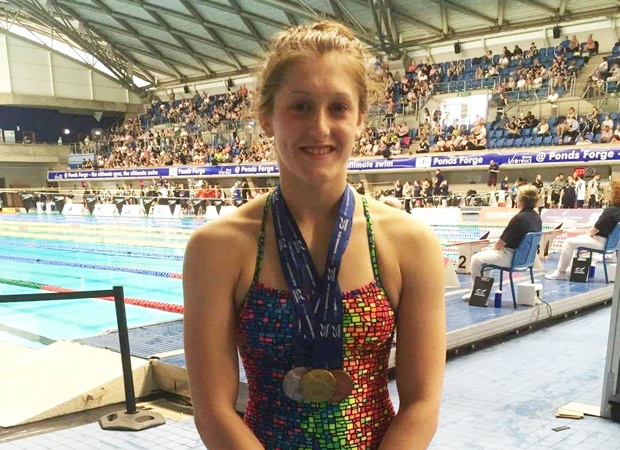 Imogen Clark got it done in the women's 50m breaststroke to move into tomorrow night's final in a new British National Record. Archive photo via Funkita

While competing in her semi-final of the women’s 50m breaststroke at these 2018 European Championship, British breaststroker Imogen Clark managed to produce a new British National Record in the event. Entering Glasgow as the record holder with her 30.21 clocked at last year’s British Nationals, the Loughborough swimmer sliced .17 off of that outing to register a time of 30.04 tonight. That positions her as the 2nd seed behind leader Ruta Meilutyte of Lithuania.

Clark’s fastest this season was the 30.52 she put up at the English Winter Nationals, so she was able to beat that by a good margin to set herself up for possible podium placement here tomorrow. Her new time of 30.04 now ranks her 4th in the world and the 9th fastest performer ever in the event.

Efimova is the top seed with 29.66, which puts her number 2 in the world ahead of Hannis.