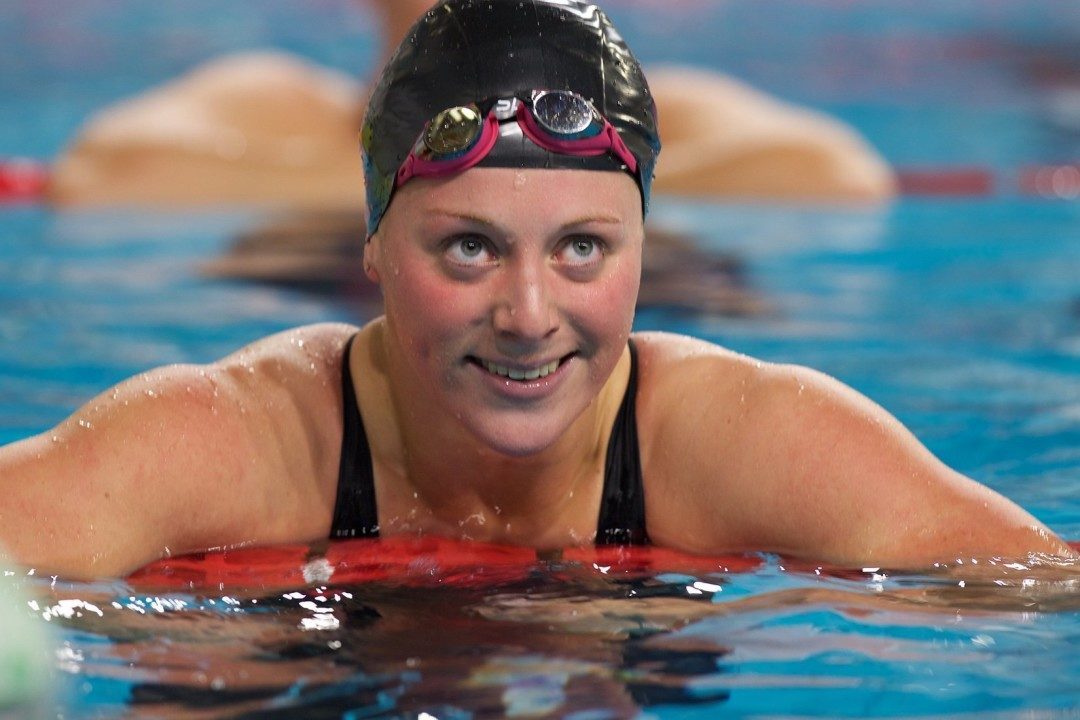 Night 1 of the Swim Cup Eindhoven was a repeat of The Hague just last week, where both Kira Toussaint and Arno Kamminga clocked new Dutch national records in their respective 100m back and 200m breast events.

Having already qualified for the European Championships, Toussaint was able to nudge her previous 59.94 national record mark from last week down a tad further to 59.88. Splitting 28.73/31.15, the former University of Tennessee student-athlete Toussaint was able to win easily over the field and overtake the 10th spot among the worldwide rankings in the event.

Notching silver was Maximillian Pilger, who registered a time of 2:10.61 to finish ahead of teammate Koch for a mark just .08 off of his own lifetime best.

Additional winners on the day included Olympian Ranomi Kromowidjojo, who took the top prize in the women’s 50m fly. She had already qualified for the European Championships, but put down a nice 25.65 to rule the field tonight. Behind her was Kim Busch in 26.21, also under the Euro Championships qualifying mark, as was this evening’s bronze medalist, Elinore de Jong.

De Jong touched in 26.37, clearing the 26.47 QT, but the Dutch are bringing just 2 swimmers per event, so it remains to be seen if she’ll be brought along int his event.

On the men’s side of the fly splash n’ dash, NC State commit Nyls Korstanje got the job done in a swift 23.68 to fall under the Euro cut of 23.68. Matthys Goosen was also able to achieve the cut in 23.58. Those marks check-in just outside the top 10 outings in the world this season.