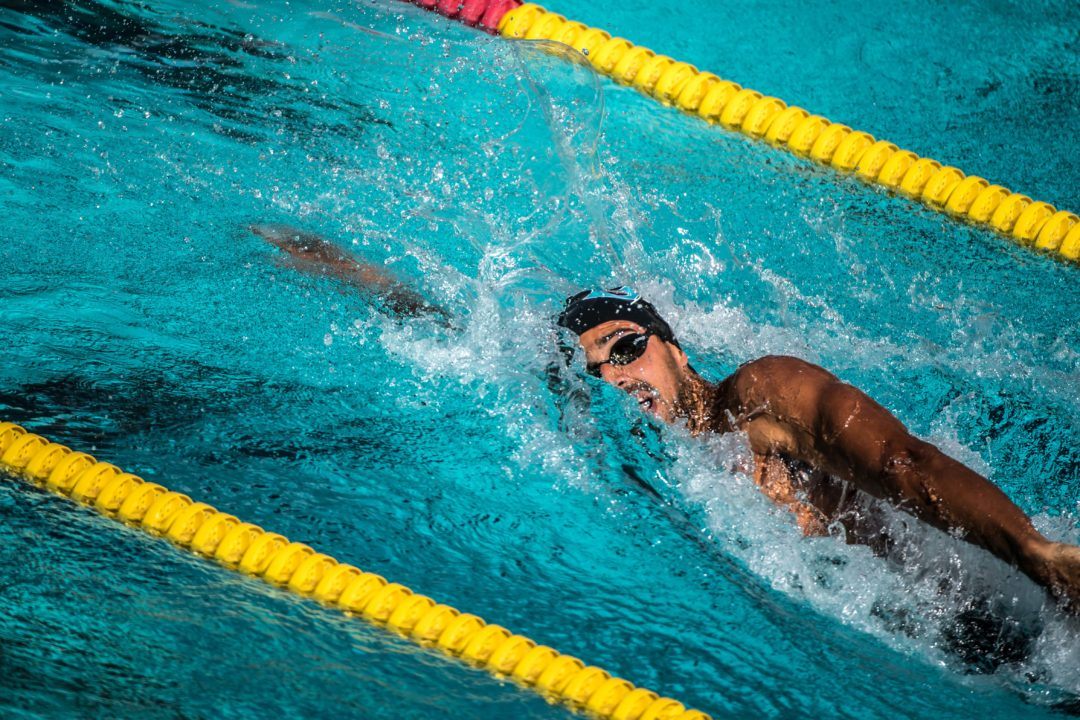 Trinidad & Tobago’s Dylan Carter already lit fire to the Barranquilla pool with his world-ranked 50m fly from earlier in the meet, but the former USC standout was back at it on night 5 in the 50m backstroke. After establishing himself as the man to beat with a new CAC Games Record in the morning (25.01), the 22-year-old threw down a big 24.83 to take the 50m back gold in the final.

Carter represented the only sub-25 swimmer in the final and his mark checks-in as a new national record. With his aforementioned 50m fly and 100m freestyle mark of 48.60 from the 2018 Commonwealth Games, Carter’s 50m back signifies the 3rd Trinidad & Tobagoan national record he has produced this year. His outing here in Barranquilla now positions Carter as #10 among the season’s world rankings in the back splash n’ dash.

The top 3 finishers in the men’s 100m fly all dipped under the 53-second threshold, led by Luis Martinez of Guatemala. Martinez fired off a winning effort of 52.20 to overtake the old CAC Games Record set by Colombia’s Albert Subirats in 2006. Martinez’s outing falls just .02 shy of his own national record of 52.18 registrered at last year’s World Championships.

Next in the final was Mexico’s Long Gutierrez, as the Cal Bear clocked 52.83 to reap silver, while Colombia’s Esnaider Reales rounded out the top 3 in 52.95, a new national record.

His teammate Gutierrez settled for silver to make it a 1-2 Mexican punch in the 200m free race, with Gutierrez touching in 1:48.09. Aruba’s Mikel Schreuders was also under 1:49 in a bronze medal-garnering effort of 1:48.63 to notch a new NR.

Mexico finished the night strongly with a victory in the men’s 4x100m freestyle relay, winning in 3:18.60, a new Games Record. Venezuela touched in 3:20.43 for silver, while Trinidad & Tobago claimed bronze in 3:22.83. Leading off for TTO was once again Carter, who wowed with an opener of 48.79 to give his squad a big lead. Although they wound up fading to 3rd, Carter’s lead-off smashed his own Games Record time of 48.95 that captured gold in the 100m free individual event on night 1.