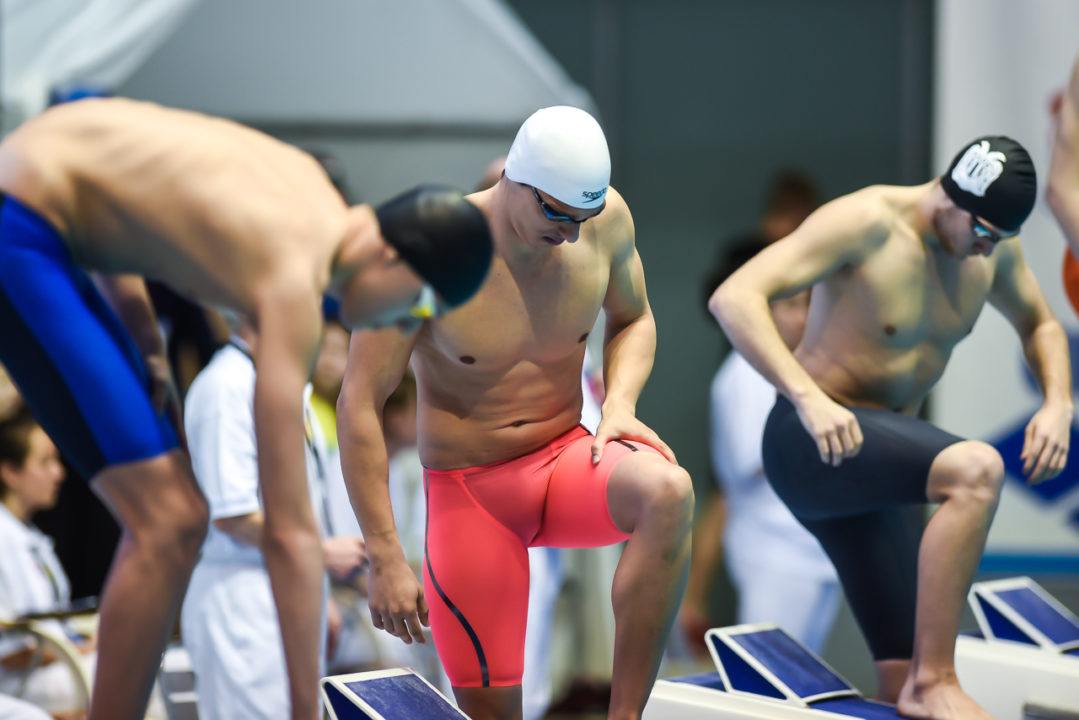 With the help of Nandor Nemeth‘s monster anchor legs on the men’s 4x100m freestyle and 4x200m freestyle relays at the 2017 World Junior Championships, the nation of Hungary claimed gold medals in both, setting a new World Junior Record in the latter. Nemeth split a quick 48.24 to close out the 4×100, while notching a fierce final split of 1:46.52 to help Hungary out-touch the United States by just .01 for gold in the 4×200.

Nemeth has been an emerging star for Hungary throughout the past few months, culminating in his breakout performance as a member of Hungary’s 4x100m freestyle relay that won bronze at the senior World Championships in Budapest. In front of a home crowd, Nemeth held his own with a speedy split of 48.04 to contribute to his nation’s surprise bronze behind the United States and Brazil, who finished in first and second, respectively.

Speaking after his relay performances here in Indianapolis, Nemeth describes how he was absolutely spent after the 200 anchor leg, having to opt out of the medal ceremony in order to be treated for dizziness and sickness, something he’s battled in the past. He also describes how determined the Hungarian squad was in getting on the podium in the 4x200m relay, knowing gold would most likely require a WJR.

The individual 200m freestyle silver medalist here in Indianapolis is also among the top-tier of athletes slated for tonight’s 100m freestyle final, so Nemeth has another opportunity to add to his hardware haul.

This guy is a stud in the making – Any chance he goes NCAA?