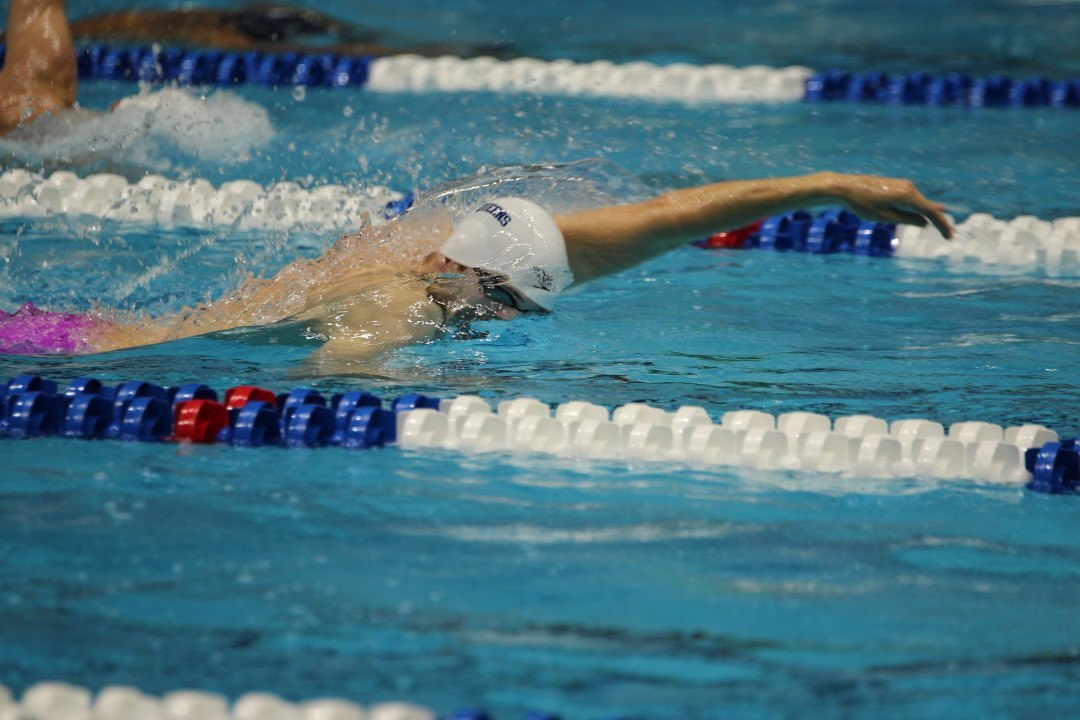 While Queens remained untouchable at the top of the standings, the women of Wingate won both relays on Day Two and took over second place from Drury. The Bulldogs would have moved up anyway, but Drury wasn’t helped by the loss of their 400 medley relay from a DQ in prelims. Queens senior Patri Castro Ortega broke another NCAA DII record, that of the 400 IM; she shaved 1.5 seconds off the 4:14.00 mark in prelims, then went 4 seconds faster in finals to settle the record at 4:08.56.

Wayne State and UC San Diego improved their standings, but Wingate really set themselves apart on Day Two. After setting the DII record in the 200 medley relay on Day One, the Bulldogs lowered the 400 medley relay mark by 1.5 seconds to 3:37.80. Queens and Wingate were the only two teams to score in every event on Thursday, but San Diego, Drury and Grand Valley had finalists in four of the five events.

The teams are beginning to spread out after two days of competition. Queens continues to distance themselves from the crowd, and Wingate looks to have a lock on the runner-up slot after Drury’s relay miss. However there are still two days left and lots of swimming and diving to go. Drury is the only team in the top four to have scored in diving. Wayne State and Grand Valley have been impressive throughout, especially in diving. Look for the latter to move into the top five.

The men’s team battle between Queens and Lindenwood continued apace on Thursday, but Queens inched further out of reach of the Lions with stellar performances across the board, including a superb 200 free record from Dion Dreesens, who went 1.75 seconds faster than Matt Josa’s old 1:34.21, setting the new mark at 1:32.46.