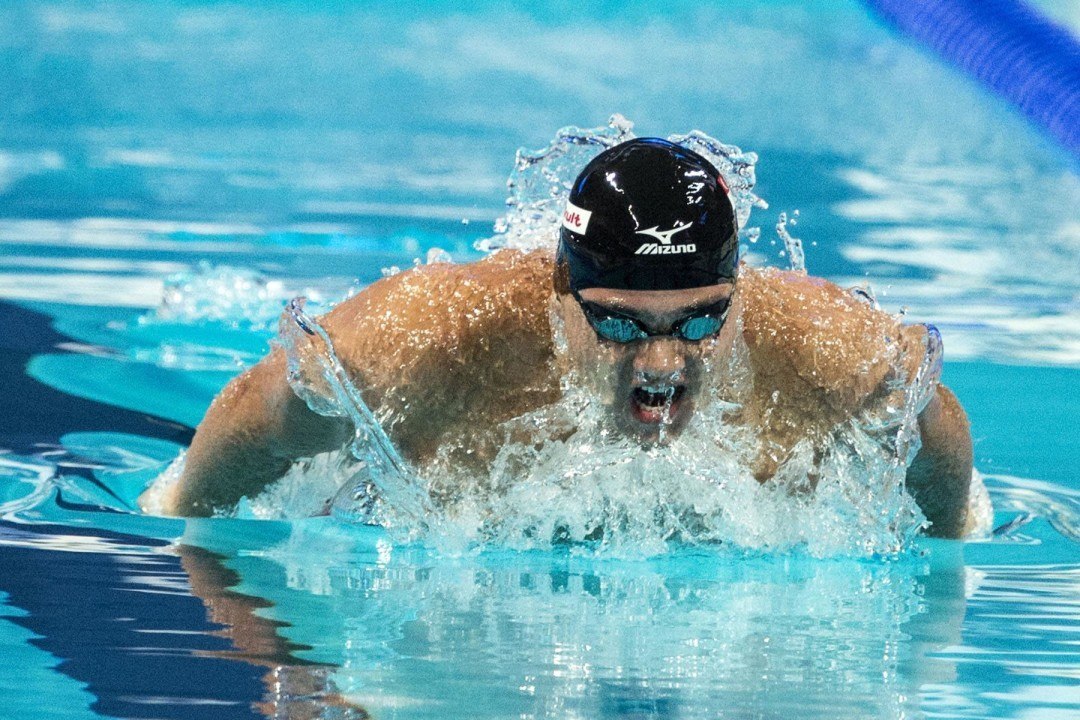 Joseph Schooling and the Texas Longhorns have another title in their sights Current photo via Tim Binning/TheSwimPictures.com

Behind a strong evening session, including some help on the diving boards, the Texas Longhorns have set themselves up to secure a second consecutive team title tomorrow night.  The Longhorns have built nearly a 100-point lead on the field, with three more likely top-3 finishes tomorrow.

Behind Texas lies a solid battle for second place, though it appears Cal has the edge.  The Bears maintained their second place standing tonight with 271 points, and are lined up for a runner-up finish.  Florida is currently running third with 255 points.

Below is a full scoring update coming out of the Friday evening session.  We’ve also included each teams’ psych sheet scoring to better represent how each particular team is performing relative to their seeds.  The final column shows–if seedings hold tonight–what each team’s new projected final score would be.

The Tennessee divers are really carrying the team…they’ve almost outscored the swimmers to this point. For the third spot on the podium it’s going to come down to NC State and Florida. If Florida’s diver scores (they have one in the psych sheet for platform), then I believe it is game over. If not, it’ll come down to the relay. No doubt it’s going to be close!

Yes, we are the only ones to ever score for Tennessee men’s. Their swimmers w

I more than fully expect for NC state to battle hard and just beat out the florida team in the final overall team points scores. The woflpack will fight hard and make a STATEment

Be kind, rethink retype repost, only you can prevent any broadcast or other distribution of this copyrighted material with express written content not suitable for all ages, so just say no, don’t drink and post.

Connor did a time trial and went 19.3 for the 50back, look out tomorrow for that front end speed. Up this for a follow