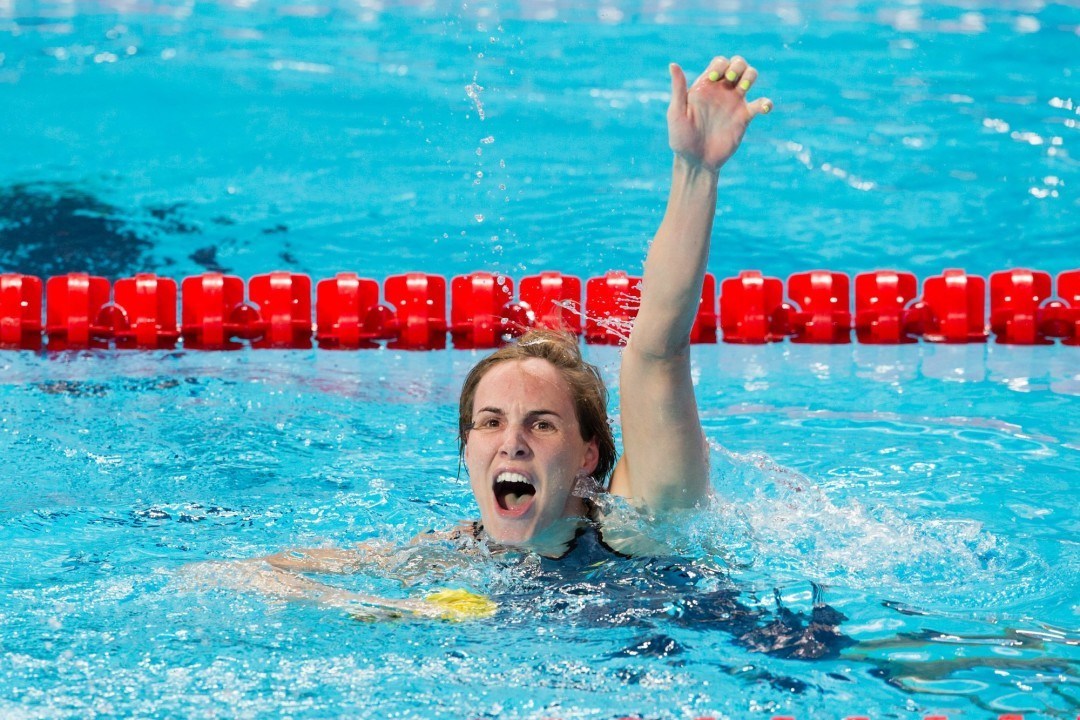 Often mentioned in the press after her big sister Cate, Bronte Campbell stole the headlines in 2015... Archive photo via Tim Binning/TheSwimPictures.com

Bronte really did stand out of her sisters shadow this year, starting with her 50m win at Australian Nationals.

Cate will probably still be the favourite for the 100m at the Olympics, but I would be putting Bronte as a serious contender for Gold in the 50m.

Big sister (C1) will most certainly be wanting to put the upstart (C2) “back in her box” in 2016 but this may be easier said than done. Although C2’s consistency of performance is not yet at the level of big sister when it comes to putting out world leading times at any time; she most certainly proved in Kazan that she’s capable of delivering when it counts.

If they’re both in peak health and fitness in Kazan, it will be very difficult to bet against them collecting the major coin in the W4X100. It would be fair to class them both as sound medal bets in the 100free as they, and Sjostrom, look to currently have a significant gap on… Read more »

Re the 100 free, I agree in regards to Sjostrom, but in my opinion, Cate Campbell is the best sprinter in the world & Bronte is the biggest improver, with the potential to go even faster, so if I was a betting man, which I’m not, I would tip a Campbell 1,2.

The 50 free is more open as you also said, but m tip is Bronte as the big improver here. With Sjostrom now adding the 200 metres, which I think is easier to win for her, she may struggle in the 50. Kromowidjojo is the one who could cause the upset. Hasall is an outsider to me.

I still see Halsall as a very real contender for the 50. She may have been off medal pace this year but still made the final in Kazan. In 2014 she was equal no1 in the world (and sub24sec) and beat both C1 & C2 at Toy-Towns. Were it as case of two years “off the pace” then I’d agree there is grounds for discounting but 2014 still within “relevance” range.

Kromowidjojo cannot be completely discounted from the 100 but she hasn’t been sub53 since 2012. Over 50, she has to be seen as being one of the favourites.

Heemskerk, likewise, cannot be fully discounted from the 100 but as yet has not proven her capacity to deliver “individually” at… Read more »