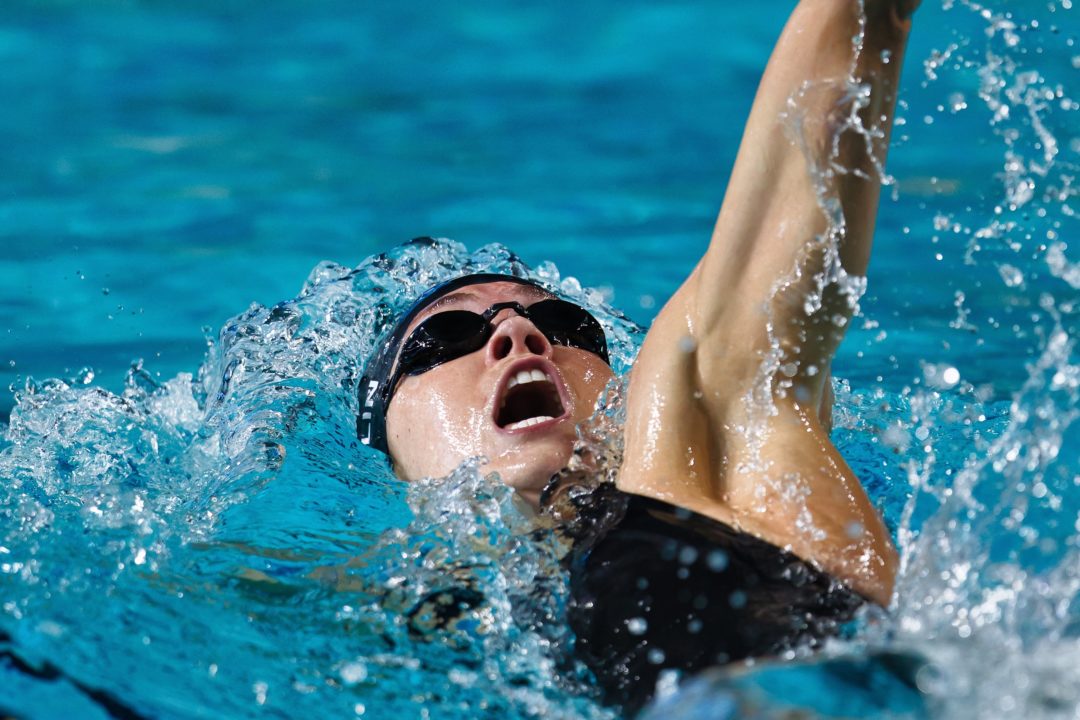 The 2015 Pan American Games concluded tonight, capping off a tremendous week of racing from Toronto.  Over 75 national records were set throughout the competition, representing the upward trajectory of speed from all parts of the globe.

The United States stayed atop the medal table in terms of number of golds from yesterday to today, while Brazil and Canada added to their totals, but also remained in their respective ranks of second and third after tonight’s final session.  One additional country was added to the table after tonight’s racing, however, as Chile saw its first swimming medal of these Games with Kristel Köbrich snagging the women’s 800m freestyle silver.

USA’s Natalie Coughlin made history tonight, winning her 60th career international championship medal.  This evening she topped off her brilliant meet here in Toronto with an incredible 59.05 backstroke lead-off split in the women’s gold medal-winning 4x100m medley relay.  Sierra Schmidt and Caitlin Leverenz also added to the American’s gold medal haul for the women, while the men were actually lacking in golds tonight.  Instead, the U.S. men settled for a bronze in the 200m IM by Gunnar Bentz and two silvers earned by Andrew Gemmell in the 1500m free and then by the men’s 4x100m medley relay, respectively.

Brazil’s Thiago Pereira was actually upset by his own teammate, Henrique Rodrigues, in the men’s 200m IM, but nonetheless picked up two medals on the day, winning silver in that event and also winning a gold as part of the men’s 4x100m medley really from his prelims swim.  Pereira is now officially the winningest athlete in Pan American Games history with a total of 23 medals.

Canada earned a medal of every color tonight to close out their competition, including a gold medal and Games record performance by distance powerhouse Ryan Cochrane in the men’s 1500m freestyle. The Canadian women stood on the podium to collect a silver medal in the 4x100m relay, while the men claimed bronze in their edition of that event.  Sydney Pickrem was the other individual winner from Canada’s team, clinching bronze in the women’s 200m IM event.

When comparing the 2015 edition of the Games to that of 2011, although the order of the top 3 countries remained the same, the actual medal distribution changed quite drastically.  For instance, the United States’ percentage of total medals being gold remained roughly the same between the two Games, with 37.5% of total U.S. medals won being that of gold from 2011, while 39% were gold this year.  But, the total number of medals earned by the U.S. fell by 30%, from a number of 46 in 2011 to 32 total medals this year.

The most pronounced change in the final medal table from 2011 to 2015 came from host country Canada.  In the prior competition, Canada earned just two gold medals among a grand total of 5 medals overall brought home from the entire swimming competition.  This year’s version of the Games saw the Canadians nab 8 golds, 10 silvers and 9 bronze for a total of 27 medals in all. This translates into an astonishing 440% increase in overall medals for Canada from 2011 to 2015. With the young talent brewing in the country in the form of Emily Overholt, Santo Condorelli, Noemie Thomas and others, the U.S. and Brazil have already been put on notice once the 2019 Pan American Games come around.

Stating the obvious here: Canada didn’t field anything close to a top team last time around. Veteran names like Cochrane, Lacroix, Hayden etc. (virtually everyone from the National A team) weren’t a part of the team four years ago.