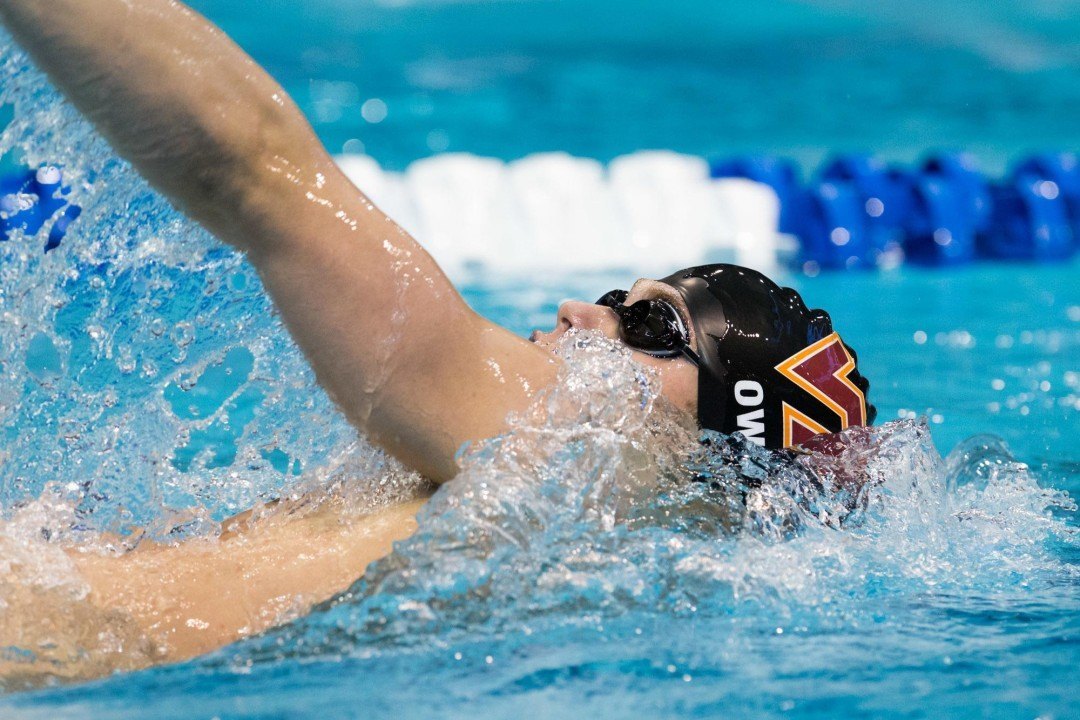 North Carolina junior Sam Lewis might not necessarily be on the lookout for extreme adventure, but he experienced the equivalent of swimming in a shark cage on Friday night in the final of the 100 fly. The fifth-fastest qualifier in the now-famous heat with six Longhorns, Lewis found himself in lane 2 for finals. Just about as far as he could see to his left, as well as to his immediate right, were sharks in burnt orange.

Lewis didn’t seem to notice, though, as he kept his head down and cruised to a fifth-place finish in 45.66, just, .06 off his morning time which had been a career-best. It was the highest podium rung achieved by a Tarheel since Tom Luchsinger’s fifth in the 200 fly at the 2013 NCAA Championships.

In an admirable double, Lewis also scored points for UNC in the 100 back, where he placed 12th in 46.26. Lewis’ prelims time of 45.93 tied the school record. That marked the first time since 2010 that a Tarheel had scored in two individual events on the same day.

Sam Lewis (photo from UNC Swim and Dive on Twitter)