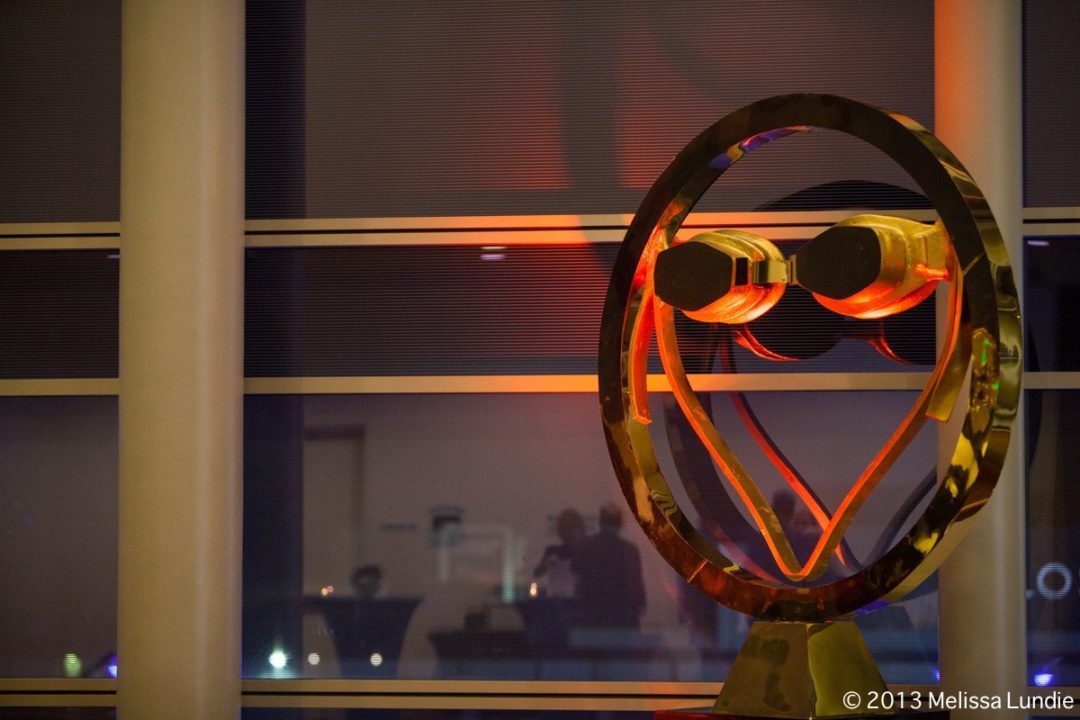 Follow along as we bring you live updates of the 2015 Golden Goggle Awards. Archive photo via Melissa Lundie, melissalundie.com

Katie Ledecky was nominated for three races, the 200 meter freestyle, 800 meter freestyle, and 1500 meter freestyle, all swum at FINA World Championships in Kazan. Of the three, the 200 was probably her best race because it showed what an astonishing range she has. Ledecky added the 200 free to her repertoire this year and it wasn’t obvious that she would be able to pull it off. In winning the event in Kazan, Ledecky beat the reigning World Record-holder, Federica Pellegrini, by .16 with 1:55.16, as well as teammate Missy Franklin.

For the first time, an open water swimmer has been recognized by USA Swimming with a Golden Goggle Award. Jordan Wilimovsky of Team USA won the 10K Open Water race at FINA World Championships in Kazan and became the first male swimmer to qualify for the 2016 United States Olympic Team. Wilimovsky swam toward the back of the pack over the first half of the race before making his move. He built his second 5K and took over the lead with 3K left to go. From there he continued to increase his lead over the field and ended up winning by over 12 seconds, in 1:49:48.2.

Wilimovsky, with his Race of the Year for the 10K Open Water contest in Kazan, was also named the Breakout Performer of the Year. Wilimovsky became the first announced member of the 2016 US Olympic Team who will compete in Rio next summer.

Allison Schmitt had an outstanding 2015, making it back to the top of the sport by winning the gold medal in the 200 meter freestyle at the Pan American Games in Toronto. She set the Pan Am record in the process. She also opened up about her experience with depression, and is making an effort to remove the stigma associated with mental health in athletics. In her acceptance speech, Schmitt recounted her firsthand experience with “how real depression is,” as she experienced the loss of her 17-year-old cousin to depression in May. Schmitt is hoping elite athletes will receive mental health support in the same way they receive physical support at big competitions like the Olympics.

Coach of the Year – Bruce Gemmell

Bruce Gemmell won the Coach of the Year Award for the third consecutive year. Gemmell coached Katie Ledecky to her historic sweep of the 200-400-800-1500 freestyle gold medals at the 2015 FINA World Championships in Kazan, Russia. He is responsible for her expanding her range to include the 200 free. This year they have been working on going faster for longer periods of time; in effect, treating all her races like they are sprints – albeit a 30-lap sprint in the case of the 1500. But it is under Gemmell’s tutelage that Ledecky has pushed the limits and done things that no one before her has done.

Missy Franklin, Leah Smith, Katie McLaughlin, and Katie Ledecky won the Relay Performance of the Year Award for their phenomenal gold medal performance in the 800 free relay at FINA World Championships in Kazan. It was the Americans’ third consecutive victory in that race at Worlds, but it was hard-fought. Franklin was out in 1:55.95, followed by Smith in 1:56.86 and McLaughlin in 1:56.92. The USA trailed Sweden by .34 when Ledecky hit the water, but her 1:55.64 split left everyone in her wake, and Team USA earned the gold medal with a combined 7:45.37. We all love come-from-behind victories, and Ledecky’s final leg of the 800 free relay was classic Ledecky.

Ledecky became the face of swimming in 2015, a household name known throughout the world. She made history in Kazan when she won 5 gold medals and broke three world records, by a combined 6 seconds, at the 2015 FINA World Championships. Ledecky did something no swimmer, man or woman, had ever done in history: she swept the 200-400-800-1500 freestyle titles in a single world championship meet.

Michael Phelps posted the top time in the world in three separate events at the 2015 U.S. National Championships in San Antonio: the 200 meter IM and the 100/200 meter butterflies. This was the second year in a row Phelps won Male Athlete of the Year.

I agree Bobo. I tend to think of race of the year as one won by the toughest competitor/racer in a close race and/or one with the most competitive/loaded field. Ledecky’s 200 fits the bill for that hands down, especially coming after her 1500. But her 800 was probably her best performance. On the men’s side, I think Willimovsky would take both because his strategy was gutsy and flawless, but his performance ended up being very dominating as well for the gold. A special case could be for one of Phelps’ swims, especially his 100 fly, for performance of the year because of it being close to a textile WR and in direct response to Le Clos’s challenge. But it’s… Read more »