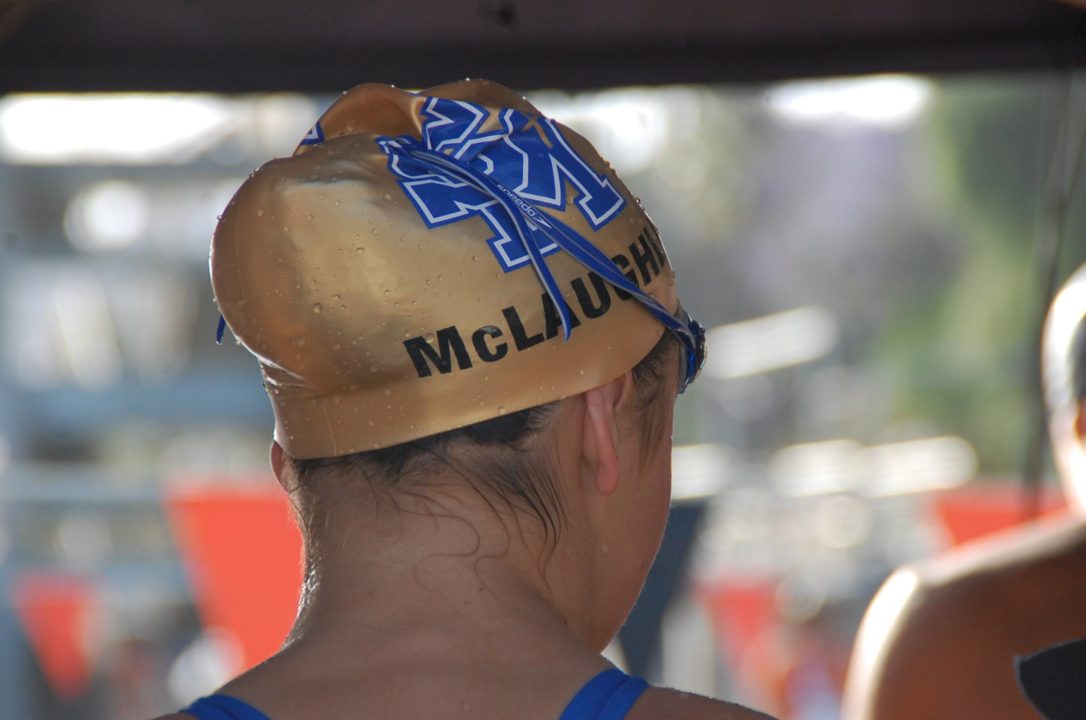 Katie McLaughlin is expected to go out with a big bang in her last high school meet at CIF-SS Division I championships on Saturday. Archive photo via Anne Lepesant

The girls’ race is likely to be a two-team contest between Santa Margarita and JSerra, and while this is JSerra’s strongest squad with seniors Karli Thuen and Kaitlyn Albertoli, senior transfer Sonia Wang, and sophomore Katie Glavinovich, it’s still hard to bet against Santa Margarita. Besides senior Katie McLaughlin, the Eagles have senior Sydney Franzen, junior Emily Boggess, sophomore Camryn Barry, freshmen Samantha Shelton, Isabelle Odgers, and Amy Qin… as well as a handful of other who should score. All of which makes them a tough team to beat next year as well.

The boys’ meet should be a nail biter. University lost several of last year’s big stars to graduation but they seem to keep rotating them through, and this year the senior class includes William Hofstadter, Ken Takahashi, Danny Tran, Judd Howard, Alejandro Ortiz and Matt Wong. George Horvath and Andrew Knoell are sophomores who should contribute heavily, too. Dana Hills could be the D1 team of the future, led by freshmen Jake Greenberg (diving) and Owen Kao, sophomores Trent Pellini and Michael Smith, and juniors Christopher Labella (diving) and Shane Forker.

Here is what we get when we score out the psych sheet:

Sprint freestyle in Southern California means one thing: Saugus senior Abbey Weitzeil. And if you’re lucky, you might get to see Weitzeil break an American Record. Last year she won the 50/100 setting a pair of national high school records along the way. This year there’s no one to challenge her for the titles, so it’s just a matter of how fast she will be. Weitzeil comes in seeded with 22.70/49.02. JSerra’s Albertoli (23.41/51.26), Katherine Wagner of Alemany (23.48 in the 50), Aislinn Light of Mater Dei (50.94 in the 100), and Santa Margarita’s Shelton (50.20 in the 100) are other names to watch.

Corona del Mar freshman Eva Merrell leads the girls’ qualifiers in the 100 back with 54.38; JSerra’s Wang (54.80) and defending champion, junior Courtney Mykkanen of Foothill (55.42), will make it a close contest.

Edison senior Thomas Smith is the fastest returning finalist from 2014 with 48.76, but he will have competition from San Clemente senior Josh Swart (48.91), University’s Tran (49.26) and Dos Pueblos senior Alex Valente (49.68).

Merrell of Corona del Mar comes in with the top qualifying time of 53.35, but Santa Margarita’s McLaughlin (53.97) set the meet, and national high school record, last year with 51.78. The national record has since fallen, and it’s likely that McLaughlin has it in her sights for her last high school race.

These schools either have year round swimmers or water polo players. Water Polo players do some of their workouts as just swimming and not all freestyle. So, it makes a difference.