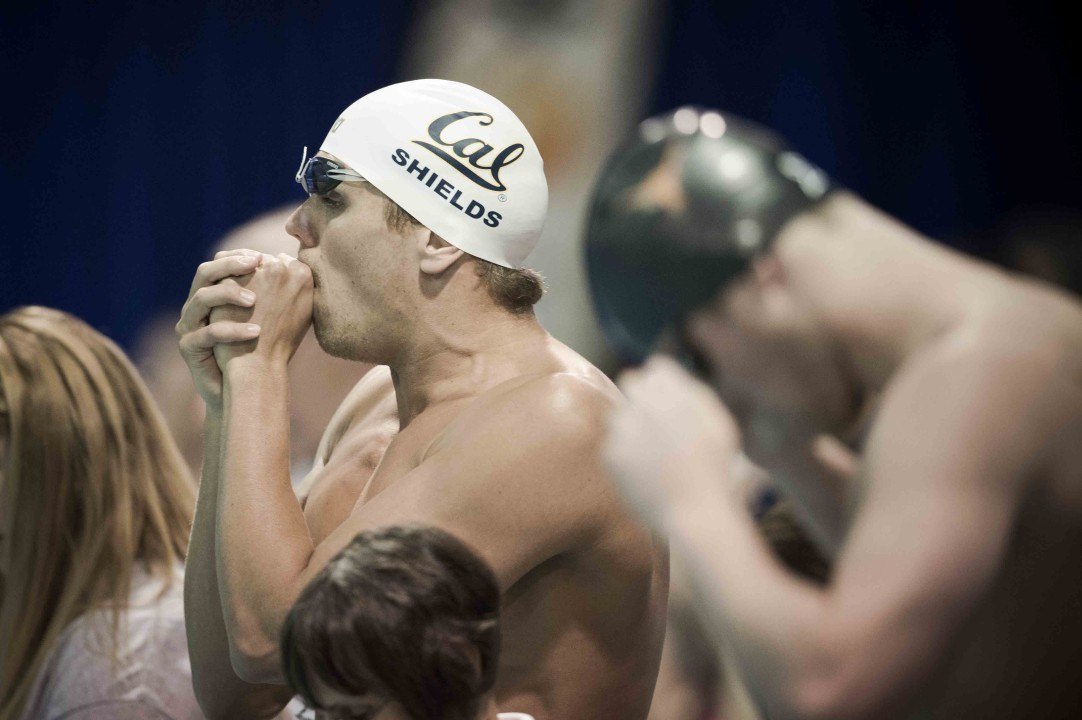 Follow along for live updates from the second night of finals at the 2015 Arena Pro Swim Series Charlotte. Current photo via Mike Lewis/Ola Vista Photography

After national record haul in Charlotte, Team Egypt prepares for Hungary and Kazan

The second night of finals at the 2015 Arena Pro Swim Series Charlotte is gearing up to be one of the most exciting nights of the season thus far. After Lotte Friis and Becca Mann opened the meet with the second and third fastest times in the world in the women’s 1500 freestyle, the tone of the meet was set.

The second day of competition features the 200 freestyle, 100 breaststroke, 50 backstroke, 100 butterfly, the 400 IM, and the 400 freestyle relay. Although the relays are typically looked over at the Arena Pro Swim Series meets, today’s relay will be an in-season treat for swim fans. American powerhouse, SwimMAC Team Elite, will face off against the men’s relays from Brazil, Italy, and Canada, along with few other college programs. On the girls side, two of the nation’s best club programs, Carmel Swim Club and SwimMAC, will go head-to-head in the 400 freestyle relay. Both relays have broken NAG relay records in the past.

The format for tonight’s session features two flights, similar to the morning session. They will run through the A and B finals of each event, and then circle around for the C and D finals after all of the first flight finishes.

Katinka Hosszu is the top seed in the women’s 200 freestyle and the 400 IM. She will most likely run away with the 400 IM, but the 200 freestyle should be a good race. Leah Smith was the only other swimmer under 2 minutes this morning, but Allison Schmitt and Shannon Vreeland will pose a threat tonight as well.

The field in the men’s 200 freestyle is loaded with both American and several foreign competitors. Five swimmers were under 1:50 this morning, but nobody was under 1:49. It will take a 1:47 to crack the top 25 in the world this year, which would be great to see tonight.

**Cheer for SwimSwam’s Jared Anderson, he will be swimming in Lane 4 of the C final.

Junya Koga blasted through prelims of the men’s 50 backstroke to post the top time of 24.74. He was the only swimmer this morning under 25 seconds, and is the top seed by close to a full second. Olivia Smoliga is the top seeded woman in the event with her time of 28.67.

It will be a battle of the bluegrass in the women’s 100 butterfly, with three of the top four athletes coming from different programs in the state of Kentucky. Claire Donohue is the top seed, but Kelsi Worrell will be hard to beat after the spring she has had.

On the men’s side, Michael Phelps and Ryan Lochte were going to be head-to-head, but a scratch from Thiago Periera shook things up. Additionally, there was a tie for ninth place before the scratch, which requires a swim off between Matthew Josa and Santo Condorelli before the start of tonight’s session. Tom Shields had the fastest time this morning and is the top seed with his time of 52.78.

In the men’s 400 IM, Chase Kalisz was the only swimmer under 4:20. He will have Gunnar Bentz and Tyler Clary to his left and right, which will create a strong race. Tyler Clary is a great front half swimmer, and Kalisz is a great back half swimmer.

Leah Smith was off her time from prelims, finishing fourth at 1:59.46. Although she didn’t drop time, she did stay under two minutes.

Conor Dwyer powered through the men’s 200 freestyle to win the event with the 13th fastest time in the world this year at 1:47.04. He dropped nearly two and a half seconds from his morning swim to win the race. Dion Dreesens reached in for second with a 1:47.47, the 21st fastest time in the world this year, and Marwan El Kamash snagged third place with a 1:47.73.

Connor Jaeger and Michael Wynalda rounded out the A final.

Michael Phelps won the B final with a final time of 1:49.12. Had he qualified for the A final this morning, he would have finished in fifth, just behind Lochte.

Jessica Hardy finished second with her time of 1:06.97, and Micah Lawrence finished third at 1:07.42. Hardy’s time will stand as the seventh fastest time in the world this year, while Lawrence’s time is 16th in the world.

Alia Atkinson just missed the podium with her time of 1:07.99. Melanie Margalis added a fifth place finish after getting on the podium in the 200 freestyle.

Lilly King finished sixth at 1:09.08, while Molly Hannis and Laura Sogar rounded out the A final in seventh and eighth, respectively.

Brad Craig and Carlos Claverie rounded out the A final in seventh and eighth.

Kirsty Coventry broke the Zimbabwean National Record in the women’s 50 freestyle with her time of 28.23. Her time stand as the 12th fastest time in the world this year. Ali DeLoof finished second with her time of 28.57, and Olivia Smoliga added a third place finish at 28.64.

Clara Smiddy and Hellen Moffitt rounded out the A final in seventh and eighth.

Nic Graesser finished just outside of the podium with a 25.56, and Guilherme Guido was fifth with his time of 25.82.

There was another tie for sixth and seventh between Kyle Darmody and Joe Patching at 25.96.

Jeff Swanston rounded out the A final of the men’s 50 backstroke with his time of 26.18.

Javier Acevedo won the B final with his time of 25.82.

Kelsi Worrell continued her meteoric rise to the top of the heap in women’s butterflying in the United States with a 58.86 to win the race in Charlotte. That’s not quite as fast as she was in Mesa a month ago, but she now has three of her four career best times in this event in the six weeks since the NCAA season ended.

Bahamian swimmer Arianna Vanderpool-Wallace, who trains with the home team SwimMAC Carolina, took 2nd place in 58.87. That crushes her own National Record of 59.67 done in this same pool in 2012. At that same meet in 2012, she was just 25.7 in the 50 free, so look for the sprint specialist to flirt with a 24-second clocking in that race later in the meet.
2012 U.S. Olympian Claire Donahue took 3rd in 59.32, with 15-year old phenomCassidy Bayer chasing behind her in 59.41.
Bayer has been spectacular from a very young age, beginning to run after some historic National Age Group Records as young as 12 years old. She’s fought all of the questions that always surround young stars, and has turned 2015 into her best season yet – with this swim, matched to her 59.31 from the Pro Swim Series – Austin meet in January, Bayer’s already gone the two best times of her career already this year.
Kentucky’s Christina Bechtel took 5th in 59.41, and Amanda Kendall was 6th in 1:00.11
Another SwimMAC trainee, Cammile Adams, won the B Final in 1:00.28. She’s primarily a 200 fly specialist, but she too is having a great season in this 100. Including her time from Friday evening, she now has swum the three fastest times of her career at three separate meets in 2015.

Tom Shields dropped .66 seconds to win a loaded 100 butterfly with his time of 52.12, which is a slight improvement from his previous season best of 52.15. Ryan Lochte and Michael Phelps finished second and third at 52.52 and 52.59, respectively.

The young Andrew Seliskar picked up a fourth place finish with his time of 52.88. Matthew Josa won the swim off earlier in the session to advance to the final. He took advantage of his A final apperance, finishing fifth with a time of 53.00.

Albert Subirats picked up sixth place with his time of 53.18, while Jack Conger and Santo Condorelli finished seventh and eighth.

Picking up her second win of the night, Katinka Hosszu hammered through the freestyle leg with a 1:01.99 to swim the third fastest time in the world for the second time today at 4:35.19.

Caitlin Leverenz added second place points to her, moving her one step closer the BMW prize. She touched the wall at 4:39.46. Cammile Adams finished third at 4:43.38.

Kate Mills finished sixth, while Hali Flickinger and Tanja Kylliainen rounded out the A final in seventh and eighth.

Chase Kalisz ran away with the men’s 400 IM, posting the 12th fastest time in the world this year of 4:14.56. He dropped nearly five seconds from his prelim swim. Jay Litherland finished second with a 4:19.59, and Josh Prenot finished third at 4:19.63.

Tyler Clary and Gunnar Bentz rounded out the A final in seventh and eighth with their time of 4:26.06 and 4:26.58, respectively.

The Canadian team of Chantal Van Landeghem, Sandrine Mainville, Michelle Williams, and Penny Oleksiak combined for a winning time of 3:41.13. They edged out the home team, SwimMAC, by four seconds with their time of 3:45.82.

Italy held off the Brazilian relay in a close race, posting the fastest time in the world this year. The team of Luca Dotto, Marco Orsi, Michele Santucci, and Marco Belotti combined for a winning time of 3:16.91. Brazil finished second with their time of 3:17.56. SwimMAC finished third with a final time of 3:21.18.