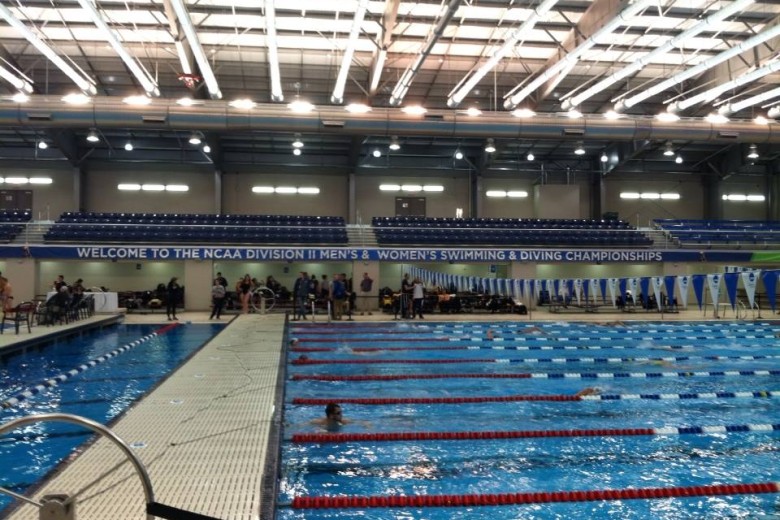 Step back as we take a look at the upcoming 2014 NCAA Women's Division II National Championships. Current photo via Emily Reh

Over the past 5 years at the NCAA Division II National level the Panthers of Drury have remained dominant.  With only a one-point loss to Wayne State in 2012 putting a blemish on their near perfect record, the Lady Panters look to enjoy sweet victory for the 5th time in 6 years.

With Queens and Wayne State nipping on their heels for a chance at the title this year, it looks as though the Battle for the crown will not be an easy one for any team.

We take a look at every individual event, (Relays are too tightly contested to mark a favorite), a breakdown the field and who the favorite might be, which won’t necessarily always be the top seed.

With Drury looking like they might take another championship this year, the battle appears to be for second and onwards. I recall Rowdy Gaines saying it best: “I do it over and over again on paper and it keeps coming out the same way.” (Recall he said that right before the Americans took down the French in Beijing in 2008). You never really know what is going to happen until you hit the pool. Here is the way we think things are going to shakedown:

The National Collegiate Athletic Association is a membership-driven organization dedicated to safeguarding the well-being of student-athletes and equipping them with the skills to succeed on the playing field, in the classroom and throughout life.

We support learning through sports by integrating athletics and higher education to enrich the college experience of student-athletes. NCAA members – mostly colleges and universities, but also conferences and affiliated groups – work together to create the framework of rules for fair and safe competition.

Those rules are administered by NCAA national office staff, which also organizes national championships and provides other resources to support student-athletes and the schools they attend. The NCAA membership and national office work together to help more than 450,000 student-athletes develop their leadership, confidence, discipline and teamwork through college sports.