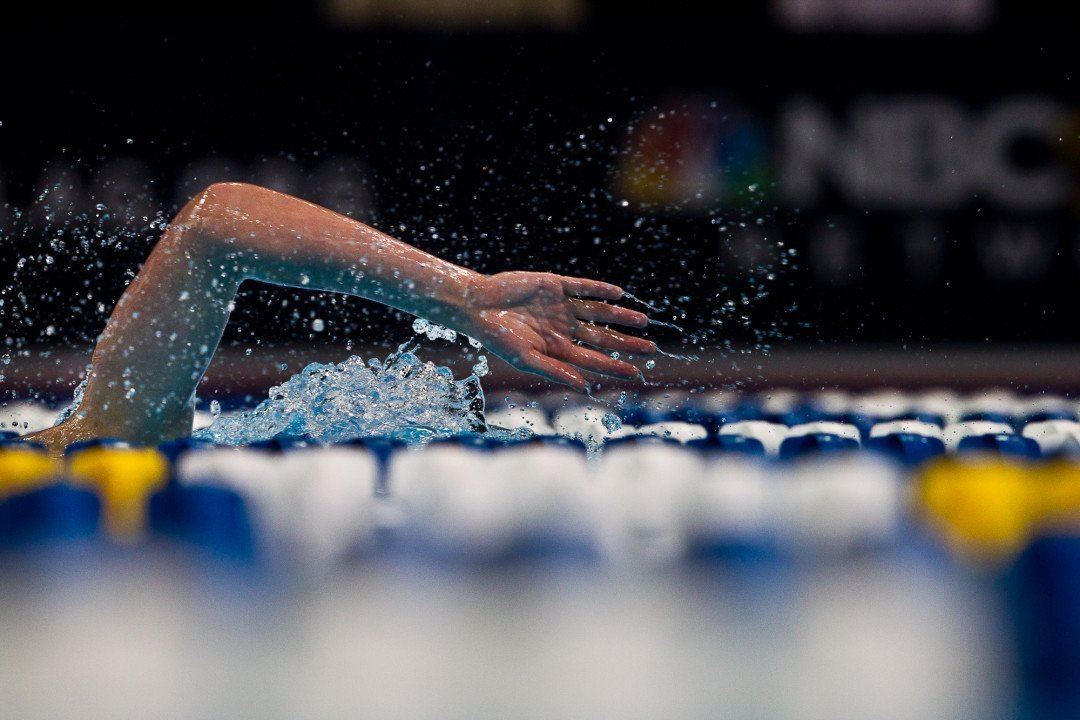 After sweeping the relays last night, the Texas men and women picked up right where they left off.  They’re living... Stock photo via Tim Binning/TheSwimPictures.com

After sweeping the relays last night, the Texas men and women picked up right where they left off.  They’re living up to the hype of being the heavy favorites for conference champions, having 44 total swimmers coming back for tonight’s finals. While rust orange and white may be the majority of the colors you see going up and down the pool tonight, it’s worth noting that they don’t have the top seed in every event tonight (it’s nice to have a little variety).

The men’s event showed a little less variety of teams with Texas holding seven of the top 8 spots.  Same Lewis took charge, finishing first with a 4:16.16 while Jake Ritter (4:16.30), Clay Youngquist (4:18.27), and Clark Smith (4:18.67) were close behind.  Jack Conger currently sits fifth with a 4:18.96 but expect a much bigger swim tonight.  Bobby Botton was the final Texas swimmer in the A final, touching in a 4:21.58.  West Virginia was able to withhold an ll-Texas final with Deaton Davenport sneaking into the eighth spot with a time of 4:25.79.

Texas freshmen Madisyn Cox took charge in the IM, securing the top seed by over two seconds, touching in a 1:56.29 while her teammate Gretchen Jaques came in second with a 1:58.42. Kansas’ Chelsie Miller had a great swim for herself, shaving off five seconds from her seed time and breaking Kansas’ six year old school record.  Miller touched in a time of 1:58.98, eclipsing the old record by a second and a half.  Texas would pick up the next four spots: Tasija Karosas (1:59.83), Victoria Cassidy (2:00.40), Skylar Smith (2:01.40), and Shelby Webber (2:01.91).  Sarah Deis of Iowa State would pick up the eighth spot with a time of 2:03.34.