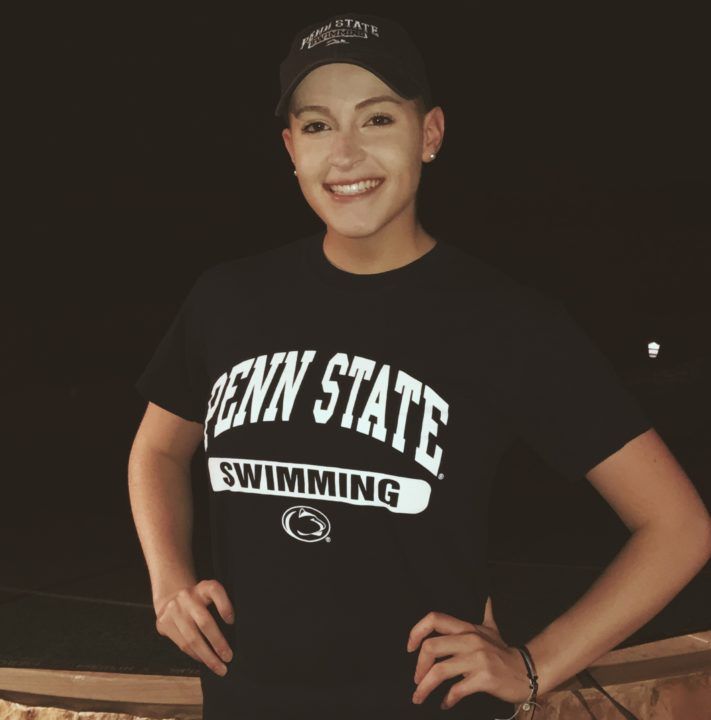 On Monday, PSU Sports’ Mitch Gerber interviewed Penn State sophomore Nikolette “Niki” Nolte via facetime about her experiences with being quarantined and health update after battling and defeating cancer twice. Gerber kicked the interview off by asking Nolte about her own quarantine experiences before the global coronavirus pandemic.

“I’ve definitely had my fair share of being quarantined and not being able to physically communicate with a lot of people,” Nolte shared. “So, I definitely recommend just playing simple games […] and trying your best to stay active.”

Nolte would then develop acute lymphoblastic leukemia in September 2018, during her freshman season at Penn State, which was a result of her 2017 chemotherapy treatments.

In February of 2019, she received a bone marrow transplant, and in September of 2019 announced on her Twitter account that once again, she had beaten cancer. While no official “cancer free” declaration can be made for 10 years, Nolte has had no evidence of the disease since April of 2019.

Proud to say I am a 2x cancer survivor thanks to everyone’s love and support ❤️ #NikiStrong pic.twitter.com/xjOhpdo9yF

Nolte also added she has more freedom during national quarantine than she did during her recovery times in the hospital. After her February 2019 bone marrow transplant surgery, Nolte was only allowed to be in her room or the 50-foot hallway on the transplant floor for 41 days, roughly the same amount as many state COVID-19 quarantines.

In a January 2020 Morning Call article, Nolte discussed developing chronic Graft vs. Host disease (GVHD), a post-surgery risk where the new transplant cells attack the body. Nolte shared during Gerber’s interview that she is currently on an infusion that aids with her compromised immune system and plans to be off medications by fall 2020. As of now, Nolte has been able to walk, bike, and perform core workouts as much as she is able to.

View the full interview below:

Here is all the #MondayMotivation you should need today…@niki_nolte has some great advice on social distancing and, most importantly, some good news to share about her own health! #WeAre #NikiStrong pic.twitter.com/UBfzl9KTPP

She is SO great, love to see the support she had and how optimistic she has been. GO NIKI