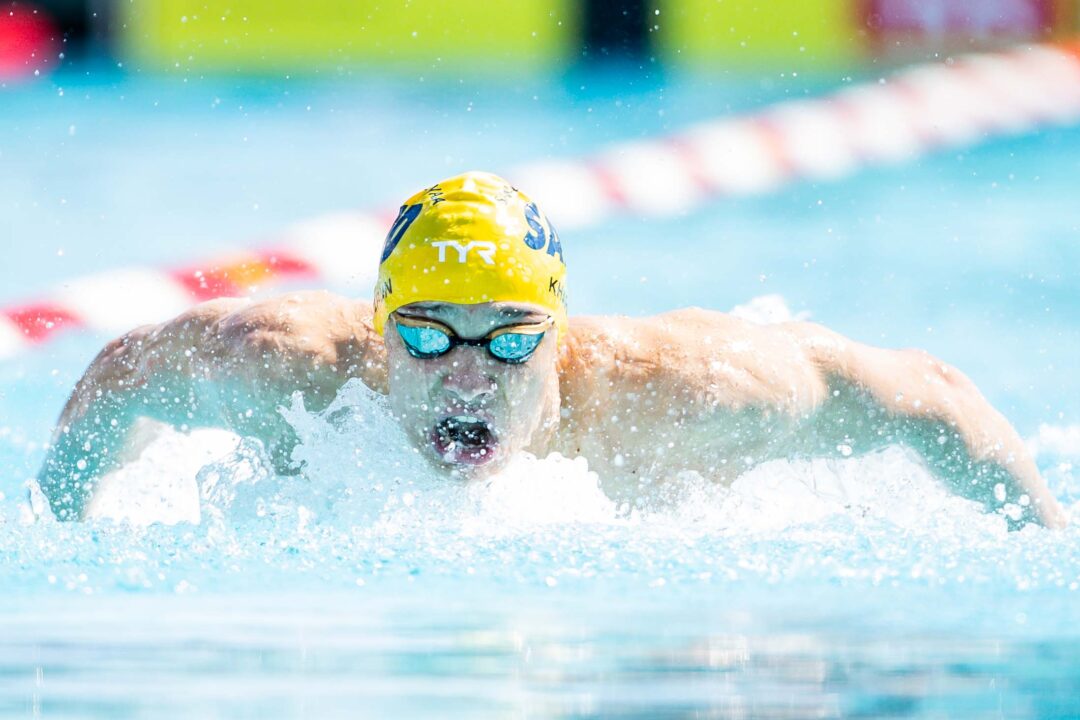 Canadian Records are falling tonight in Indianapolis, with yet another coming at the hands of 17-year-old Ilya Kharun. Stock photo via Jack Spitser/Spitser Photography

Canadian Records are falling tonight in Indianapolis, with yet another coming at the hands of 17-year-old Ilya Kharun. Training at Sandpipers of Nevada in the U.S., Kharun now represents Canada internationally. In the 50 fly final tonight, the teenager swam a 22.47 for a fourth-place finish, touching just 0.01 seconds off the podium.

Moreover, Kharun’s swim marked a personal best and clipped the Canadian Record of 22.52, which was held by Josh Liendo. Liendo set the record last year at the 2021 SC World Championships in Abu Dhabi.

Though he’s only 17 and he’s only been competing for Canada for a few months, Kharun already holds three Canadian Records, all in SCM. He first cracked the 100 fly record with a blistering 49.93 on the first night of the Indy stop. Kharun then went on to swim a 1:51.70 in the 200 fly last night, before swimming his 50 tonight.

We’ll see if Kharun’s new-found SCM success will carry into LCM racing this season. If it does, he may just have a shot at some LCM Canadian Records.

Unlikely. Winter Jrs run Dec 7-10. SC worlds in Australia run Dec 13-18. Thats a long ass flight and a lot of time zones to jump in 2 days because winter jrs end on the 11th when you consider Aussie time…

He’s going to world champs. Was already said earlier in the week.