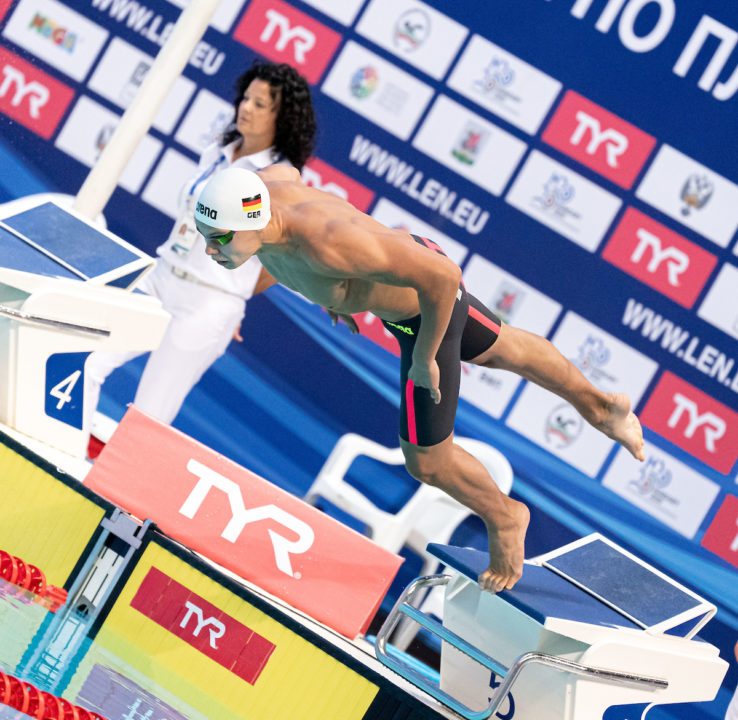 German national age record holder Artem Selin threw down the fastest 50m free time of his career in 21.25 to beat the big dogs in Russia.

Multi-European Short Course Championships medalist Mariia Kameneva wrapped up another gold at the 2019 Salnikov Cup in St. Petersburg, firing off a winning 100m free time of 52.37.

Splitting 25.27/27.10, Kameneva produced the only outing under the 53-second threshold, giving her a new personal best in the process. Entering this meet her quickest time ever was represented by the 52.47 put up at the 2017 Russian Nationals. Veronika Popova still owns the Russian record in her 52.02 logged 4 years ago.

Kameneva also collected gold in the women’s 100m back this evening, logging a winning effort of 57.85

We already reported how 15-year-old Evgenia Chikunova powered her way to a new World Junior Record in the women’s 200m breast. She produced a winning mark of 2:17.71 to blow away her own previous lifetime best of 2:18.59 from last month. You can read more about Chikunova’s impressive performance here.

Visiting German swimmer Artem Selin, just 17, raced his way to the men’s 50 free meet title in a time of 21.25. That checks in as the teen’s personal best, outperforming his 21.37 that gave him a 10th place finish in Glasgow at this year’s European Short Course Championships.

As such, his time now establishes an even faster German Age Record. Selin’s impressive outing also falls just .01 outside of the 21.24 World Junior Record Russian Kliment Kolesnikov set 2 years ago.