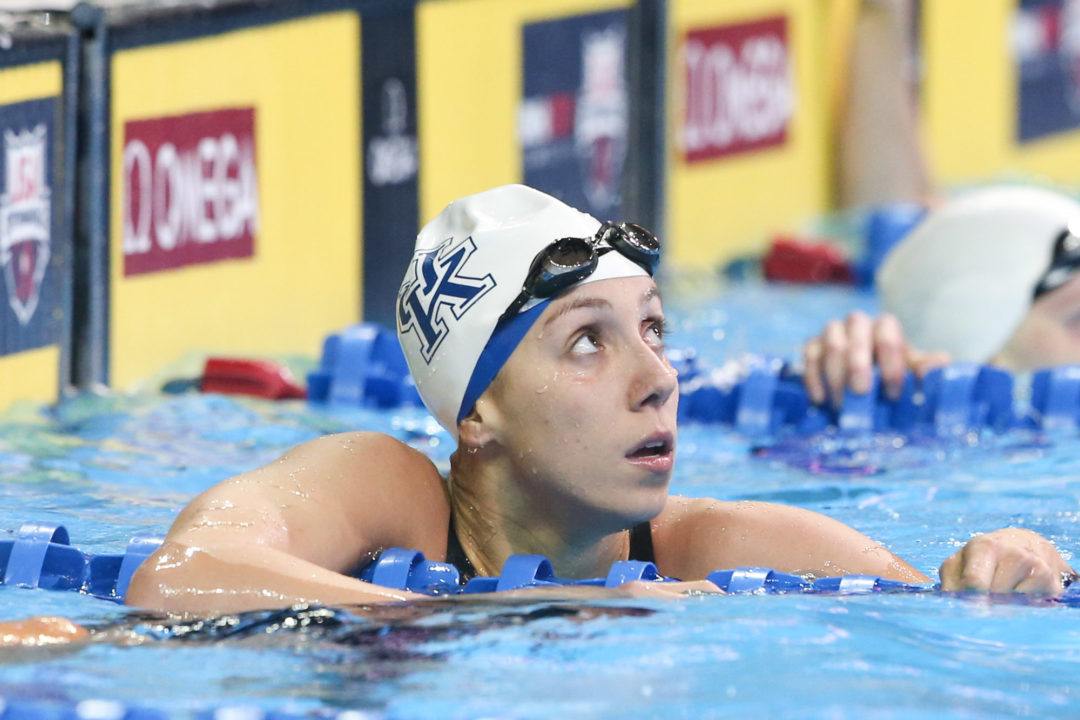 2016 NCAA champion in the 200 backstroke Danielle Galyer is one of the swimmers selected to represent their conference. Archive photo via Tim Binning/TheSwimPictures.com

A total of 14 swimmers have been selected as conference nominees for the 2017 NCAA Woman of the Year award, the organization announced on Tuesday. The original list consisted of of 543 nominees, one student-athlete from each NCAA school who has exhausted her eligibility, who were each nominated to the conference level. Now, each conference has selected their nominee (up to 2 athletes across all sports) that will advance to the division level. At this point, the top 10 from each of the NCAA’s 3 divisions (for 30 total athletes) will be named semi-finalists for the annual award.

Among the most recognizable names on the list are former USC and San Diego State All-American Anika Apostalon, who was the Pac-12’s only nominee. The SEC named swimmers as both of their nominees for the award: 2016 NCAA Champion and two-time Elite 90 Award winner Danielle Galyer from Kentucky, and Chantal van Landeghem from Georgia are both on the list.

From other tangential sports, Stanford water polo player Maggie Steffens was also selected as a nominee. She has been on each of the alst two gold medal winning U.S. Olympic Teams, including leading the team in scoring at the 2016 Games in Rio.

Is Katie Ledecky a bad student?

She doesn’t meet this requirement: “one student-athlete from each NCAA school who has exhausted her eligibility,”