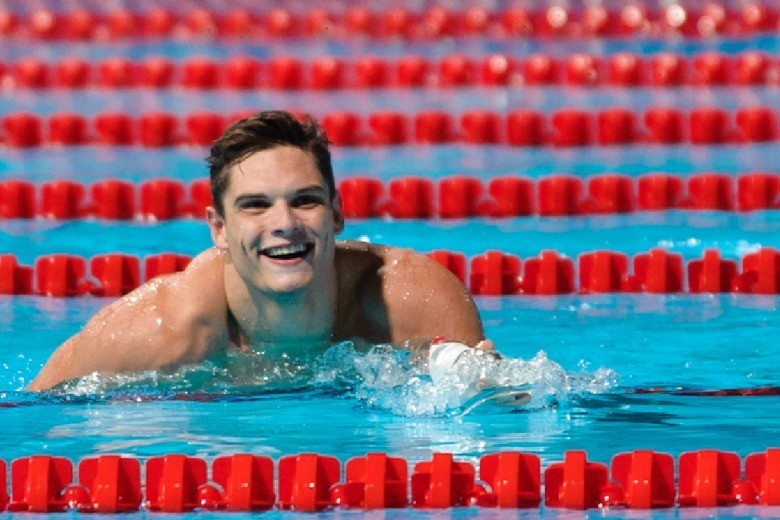 Florent Manaudou tied to win the 50 butterfly at 23.00 on day 2 of the 2014 European Championships. Archive photo via Victor Puig

Day two of the 2014 European Championships was very exciting to watch with ties for medals, a World Record, and much more. The first two days have provided us with a little insight about who is at their best and who may not be performing as well as they were expected to. We noted a few swimmers to keep track of; some to track progress and how they’ve been training, and others because they are within striking distance of medals and records. Take a look at 10 things we noticed from the second day of the European Championships.

Bonus**  37-year-old Swedish veteran and former world record holder Therese Alshammar was sixth in the final heat of the women’s 50 butterfly at 26.10.