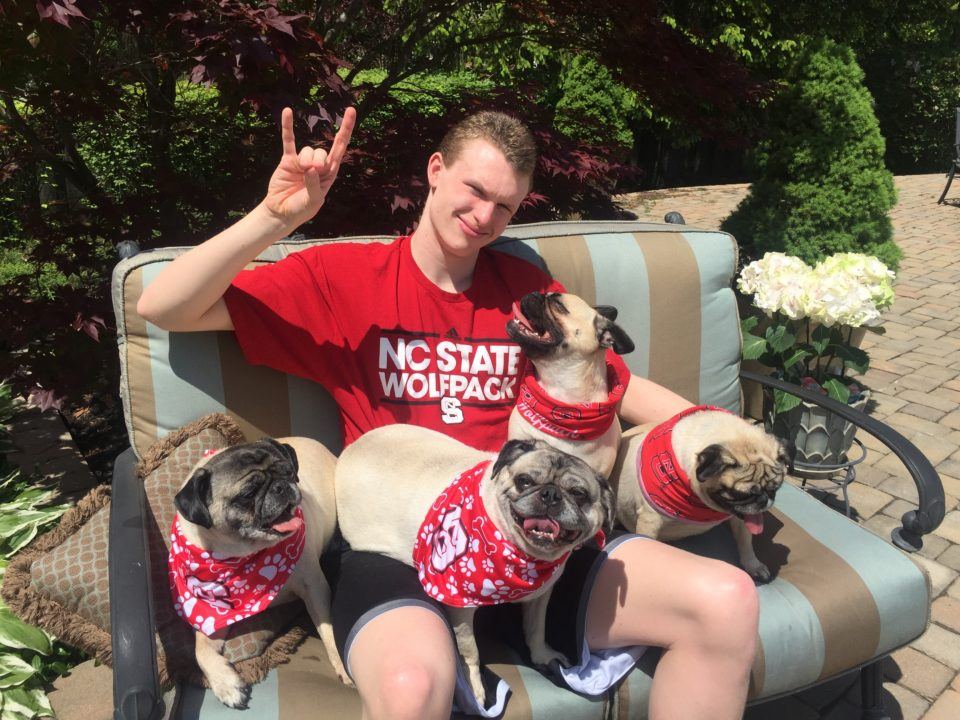 “NC State has exactly what I’m looking for in a swim program and academic institution. Rich culture and a solid tradition”.  “I’m excited about the next 4 years!”

Zionsville Community High School junior Jack Franzman has handed North Carolina State University men’s swimming and diving team its first verbal commitment for the class of 2022. Franzman has been a three-time individual state champion and two-time relay champion during his three seasons of high school swimming. At the 2017 IHSAA Boys Swimming/Diving Championships, he won the 50 free in 20.00 after having broke the state record with 19.85 in prelims, and was runner-up (to Drew Kibler) in the 100 free. He also anchored the state record-breaking 200 medley relay (19.79) and second-place 400 free relay (44.81).

Franzman swims year-round for Zionsville Swim Club. He competed at the U.S. Olympic Trials last summer in the 50 meter freestyle, and represented Team USA at the 2016 Pan Pacific Junior Championships in Hawaii where he took a silver medal. At Winter Juniors East in December 2016 he placed second in the 50 free and third in the 100 free.

What is (and improving)? The free times can’t get better?

Vote Up19-2Vote Down Reply
a friend

He hasn’t ever swam these events fully tapered, so not really sure what his current PBs would be

I think it means that those times obviously aren’t on par with his 50/100 free times, but they are improving rapidly.

what does “and improving” mean?