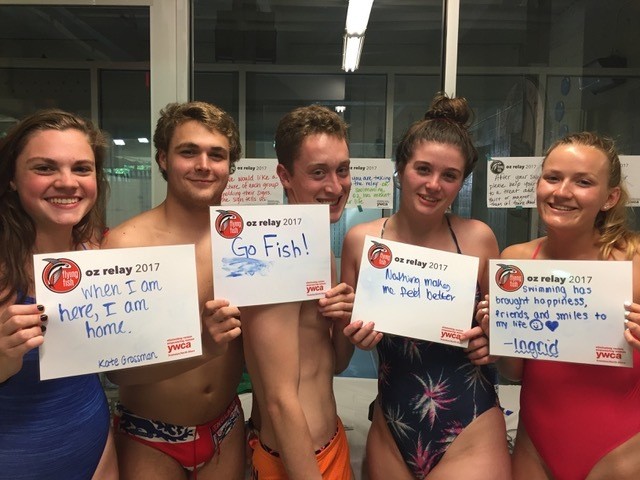 The YWCA Flying Fish, based in Evanston, Ill., held their fifth annual “Relay for Oz” on June 3-4, generating $16,000 for the “Oz Fund,” which provides financial assistance to children in Flying Fish aquatics programs. The amount raised is enough to cover 1,100 swim lessons for children whose families cannot afford the cost.

The “Oz Fund” is named for swim coach and instructor Oswald Roper, who died in 2013 after serving as an integral part of Flying Fish aquatics for nearly 20 years.

More than 150 current Flying Fish swimmers, former swimmers, parents, community members and YWCA staff participated in the event, which was a continuous relay of five lanes of swimmers over a 24-hour period.

“Because of the Oz Relay and the Oz Fund, we are able to expand our outreach to children who might not otherwise learn to swim or participate in aquatics. Swimming is an important public health and safety issue, especially in a lakefront community like ours,” said Pete Caragher, YWCA Evanston/North Shore’s aquatics director and head coach of the Flying Fish.

Added Karen Singer, president and CEO of YWCA Evanston/North Shore, “We are grateful to the many people from our staff, the swim team and our local communities who participated. Many are not regular swimmers, but they did something challenging in support of our mission and helping children learn to swim. It’s a wonderful way to honor the memory of Oswald.”

YWCA Evanston/North Shore is on a mission to eliminate racism and empower women, and Flying Fish Aquatics aligns with that mission by providing access and inclusion for all. To learn more about Oswald Roper or donate to the Oz Fund, go to ywca.org/Oz.