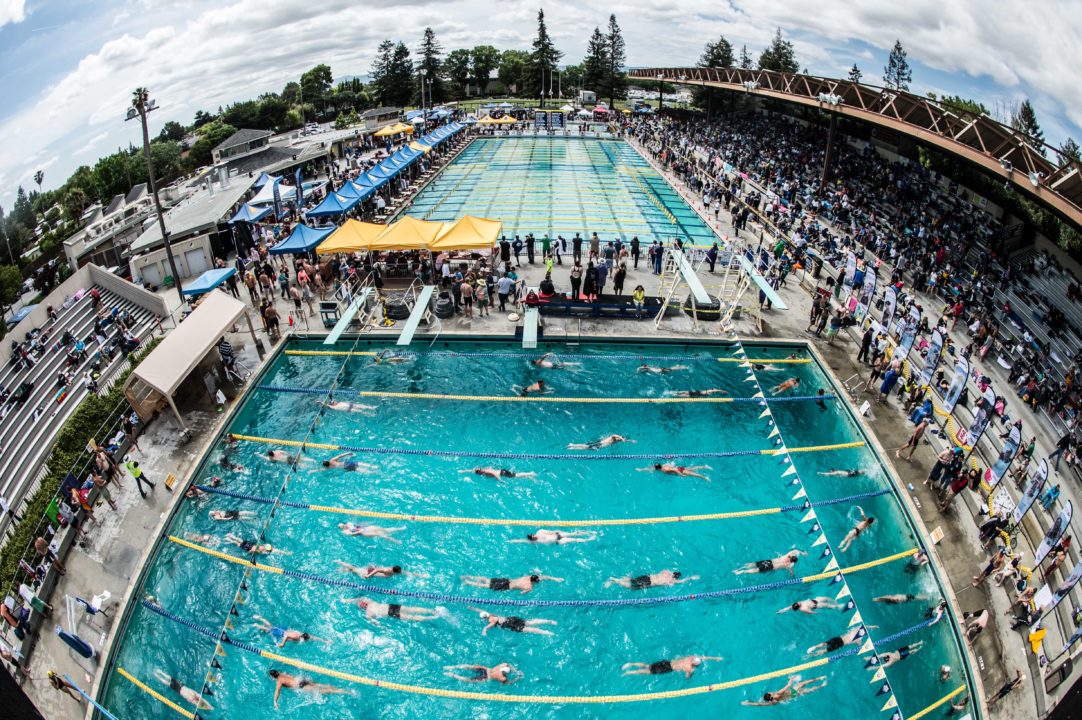 Day 2 of the USA Swimming Futures Championships in Santa Clara saw a handful of young swimmers competing, and holding their own, against current college swimmers.

Fifteen-year-old Anicka Delgado of the Gators Swim Club opened things up with a win in the 200 free in a time of 2:04.30. She went out in a 28 and never looked back.

In the 400 IM and final women’s event of the night, fifteen-year-old Bianca Yongyuth’s (South Carolina Swim Club) strong breaststroke split (1:26.22) carried her to first place as she touched in 4:57.28.

The last race of the night saw fourteen-year-old Tyler Lu holding off Min Zhi Chua in the men’s 400 IM. Lu rocketed out to a 2:12.26 in his first 200, over a second and a half faster than the rest of the field, and finished the race in 4:32.16, less than have a second in front of second place.