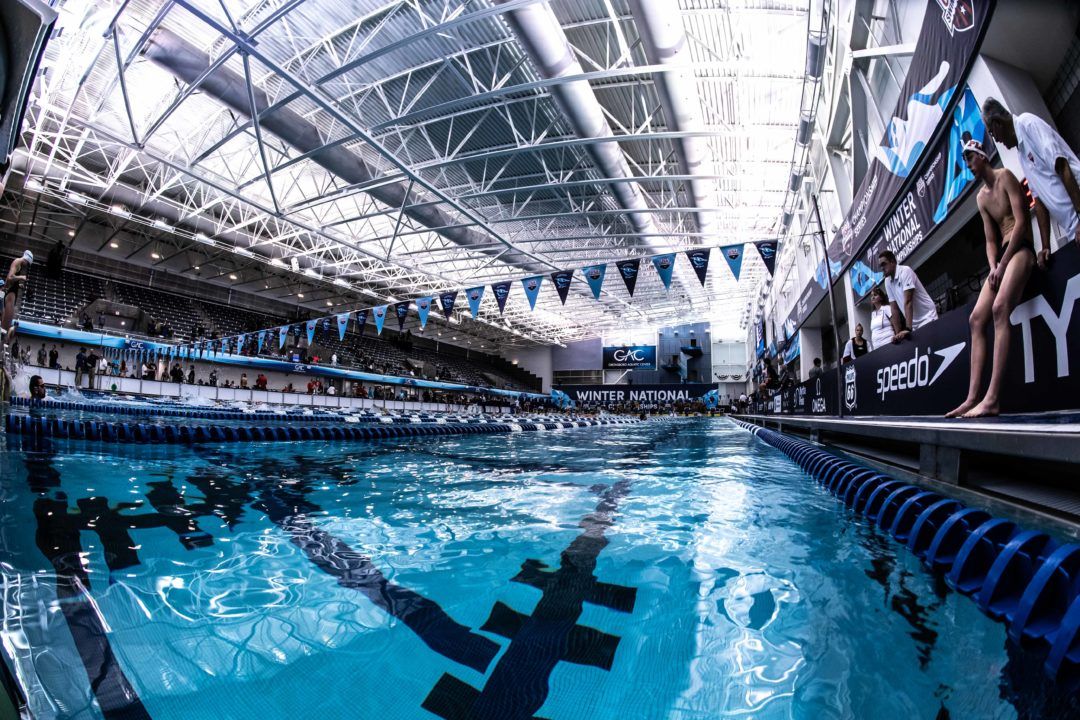 The YMCA Long Course National Swimming Championships will return in 2022 with the Greensboro Aquatic Center in North Carolina. The meet will be held from July 19-23.

This means that Greensboro will play host to the post-pandemic revival of both the short course and long course national championship events next year. The YMCA national office previously announced in July that the short course meet would be in Greensboro in 2022 as well.

The last long course edition of the meet was held in 2019 at the University of Maryland with 115 teams competing. The 2020 and 2021 official events were canceled because of the COVID-19 pandemic, though some unofficial championship-style events for YMCA teams were still hosted by individual clubs.

The Red Bank Branch YMCA won the men’s, women’s, and combined titles at the last YMCA Long Course Championship in 2019.

The first YMCA swimming championships were held at the Brooklyn YMCA in 1923. Since then, the meet has been held annually each year except for 1947.

No time standards for either meet have been announced yet.

The long course meet is generally more lightly-attended than the short course meet.

The Greensboro Aquatic Center, opened 10 years ago, is one of the biggest swimming complexes in the United States. The facility recently added a 4th pool that is 50 meters long. The main competition pool can seat 1,850 spectators off deck.

Will Y’s even have kids left after they’ve kicked out teams and jacked up lane rental rates all over the country? #charitableorgmyass

Doubt it. Ymca swimming is a joke now

Our YMCA did the same thing. Our club ended up going independent from the and found a more friendly facility.

2
0
Reply
Not Universal
Reply to  Tired

While I completely understand your point, this simply isn’t the case as a blanket statement for YMCA’s everywhere. Our YMCA has almost single handedly kept competitive swimming (at the highest levels especially) alive in our State/LSC. Without the direct support of our YMCA and it’s CEO no Y team or USA team around here would have had near the quality or quantity of meet (if any) offerings that we did. The same can be said for many of the surrounding LSC’s that came to the Y for the higher level meets the Y offered no one else could/would host. High School was the same story. The Y was the only facility willing and able to put in the work to… Read more »