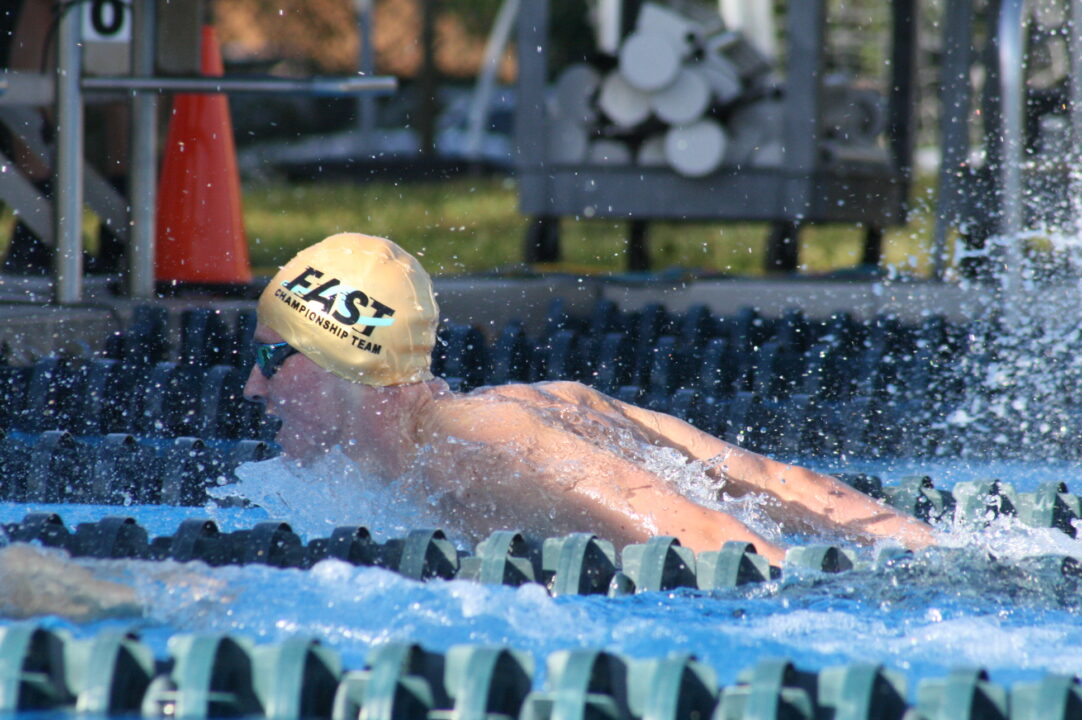 Josh Zuchowski broke his own National Independent High School Record in the 100 fly, and also added a record in the 100 back. Archive photo via Nicole Miller/SwimSwam.com

The King’s Academy in West Palm Beach, Florida, opened its 2021-2022 season on Thursday with a short course meters dual meet against nearby Calvary Christian Academy.

At the meet, the team’s star senior Josh Zuchowski broke a pair of NISCA National Independent High School Records, clearing both the 100 fly and 100 backstroke records.

His 100 free time came up short of the National Independent High School Record of 50.10.

Zuchowski is coached by his dad Jonathan at both TKA and the Flood Aquatics Swim Team is committed to swim at Stanford in the fall of 2022. Boratto, whose 100 fly record he broke, is currently a senior at Stanford.

While the traditional high school race course is 25 yards, coach Jonathan says that the pool is laid out in short course meters (they don’t have a long course pool) until the start of September. The team will race again in short course meters on Septemeber 2 and 4, including a big matchup against powerhouse The Saint Andrew’s School, South Florida Heat (a team of home schooled swimmers), and Jensen Beach High School.

Short course meters (unlike long course meters) is an approved high school course, and NISCA maintains national records in those distances as well. These meets are most commonly swum in the eastern United States, especially in Pennsylvania, New Jersey, Virginia, and Tennessee.

The overall National High School Record in the 100 meter fly is 52.41, belonging to Pennsylvanian Brendan Burns (Conestoga High) from 2018, while Destin Lasco of New Jersey (Mainland Regional High) holds the 100 back record at 53.28. They both attended public high schools, as compared to TKA, which is a private school.

Josh Zuchowski raced at this summer’s US Olympic Swimming Trials where his best finish came in the 200 backstroke (in long course meters). There he placed 24th in a time of 2:01.53.

I have never heard of a high school meet in SCM

high school pools built around 1980 were often SCM because there was a strong push to move to the to the metric system.

Good for him but they should stop having public vs. independent records for individual events in HS