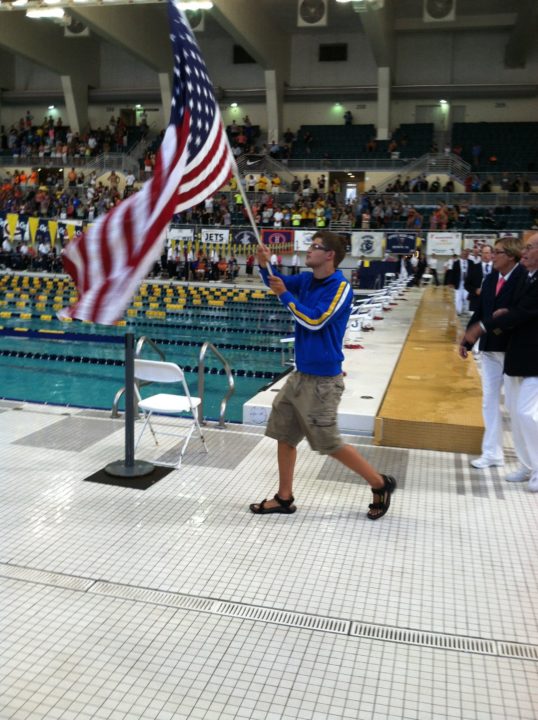 The second night of championship finals for the 2013 YMCA National Long Course Championships began with the traditional Opening Ceremonies/Parade of athletes.

Starting off the second night of the 2013 YMCA National Long Course Championship was the parade of athletes. Each year, the parade has a theme, this year’s theme being “Under the Sea”. Swimmers, coaches, and officials processed around the pool either supporting their teams with their shirts, or dressing up according to the theme. While the teams marched, the team from Laurel Highlands Regional YMCA swam the National YMCA Swimming Championship banner to the middle of the pool. As the parade died down, the teams were expected to show off their dance moves with the traditional (and sort of expected) playing of the “Y-M-C-A”.

Below are some pictures for the festivities before the second night of championship finals.

(Above: The RAYS from Grand Rapids, MI are definitely “Under the C“.)

(Above: Laurel Highlands Regional YMCA swims the banner out.)

(Some jellyfish made an appearance.)