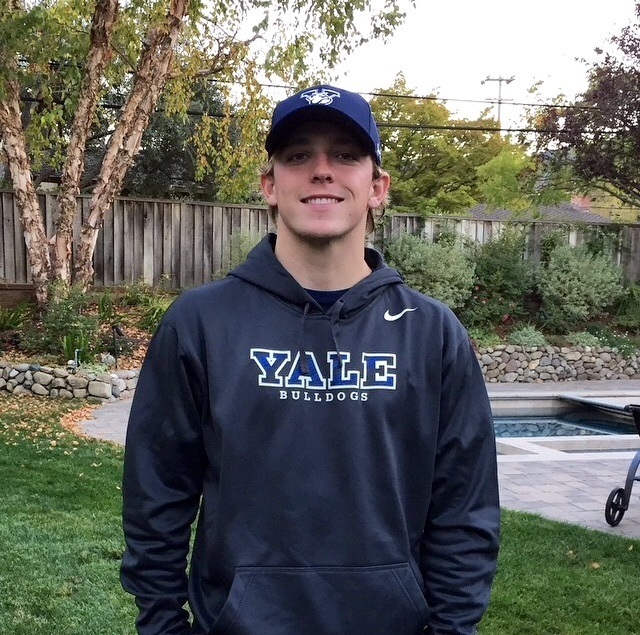 Santa Clara freestyler Cooper Burrill is the latest to commit to the Yale Bulldogs for the 2015-16 season.

Cooper Burrill has made a commitment to swim with the Yale Bulldogs for the 2015-16 season.* He told SwimSwam:

“I chose Yale because of the amazing academics and its strong, up-and-coming swim team. I have tremendous respect and a great relationship with the coaches as well as a strong understanding and belief in the program’s future goals. I am looking forward to being a Bulldog! Go Eli!”

Burrill is a senior at Bellarmine Prep and swims at Santa Clara Swim Club. He was a big contributor to Bellarmine’s historic 30th consecutive CIF-Central Coast Section championship title in May 2014. Burrill placed second to teammate and Georgia-commit Aidan Burns in the 100 free with 1:39.56, and was fourth in the 100 free with 46.09.

Burrill led off Santa Clara’s 4x100m and 4x200m relays at Speedo Junior Nationals last summer and anchored their medley. His top times over the last two seasons are:

Burrill joins one of the Ivy League’s strongest freestyle groups. He will have a year of overlap with Brian Hogan and Victor Zhang and and two with Aaron Greenberg and Oscar Miao. He is part of a stellar recruiting class that should add real strength to the Bulldogs’ effort in the years to come:

*DISCLAIMER: Burrill has not yet been officially accepted to Yale. As is true with all Ivy League schools, Yale’s Admission Office will not send its acceptance letter until the beginning of December, along with those of all Early Action candidates. The procedure for a recruited athlete like Burrill is for Admissions to review his transcript and SAT scores, “support (his) application for admissions in the fall,” issue a Likely Letter, then offer him acceptance into the class of 2019.