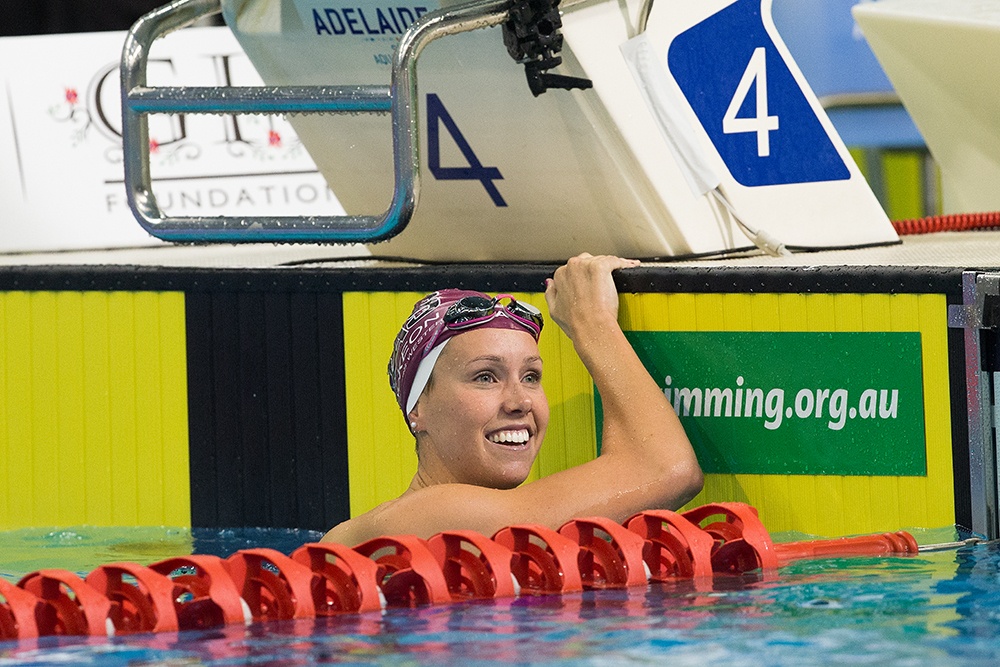 Two time Olympic gold medalist Melanie Wright feels that the punishment the AOC has given Emma McKeon does not fit the crime... Current photo via Steve Christo

“The Australian Swim Team and Swimming Australia are fully committed to upholding the AOC values. We were involved in and support the decisions that have been made to ensure all of our team members remain safe for the remainder of the Games and we support the AOC in these endeavours,” said Anderson.

On Thursday Australian chef de mission Kitty Chiller explained that McKeon had been punished for deciding to stay at a friend’s without notifying team management, “McKeon chose to stay the night with swimming friends in the Copa district without informing team management,” said Chiller.

McKeon was separated from her teammates while at a night club and instead of taking a cab back to the Olympic village by herself (which is against the same protocol) she decided to stay the night with some of the Swedish athletes. The team only found out of her whereabouts at 10 am the next morning after she missed a scheduled TV interview.

In a tweet McKeon stated that she had followed the AOC’s protocol with the exception of informing the team manager.

To clarify, I’ve followed AOC safety protocol in not travelling to village alone. My error was not texting my team manager. #noclosingforme

There have been mixed reactions about the extent of the punishment. McKeon’s father, who is on the Australian open water coaching staff, says he supports the AOC’s decision, but feels the penalty is too stiff, “‘Just personally it’s the harshness of it. It’s quite harsh,’ Ron McKeon told the Daily Mail.

“As a parent I totally support the AOC’s views and their security concerns first and foremost. In this case my concern is the weight of the sanction and that it may have overstepped what did occur.”‘

“I guess in a lot of ways that’s young people, they think once they’ve got things under control that’s where they let it sit.”

On the petition’s website that Wright agrees that she feels McKeon should be held accountable, but that the extent of the punishment was a ‘knee jerk overraction’.

Emma Mckeon made a simple mistake in not texting team management her whereabouts after being separated from her teammates. She opted not to travel back to the Olympic village alone, as per AOC safety protocol, and instead stayed with female swimming friends overnight. Emma should receive a sanction for failing to inform team management but a ban from the closing ceremony is too harsh. Please help to rectify this knee jerk overreaction.

Currently the petition’s goal is to gain the support of 25,000 people and so far has a total of 15,830 supporters.

Sign the petition: Let Emma McKeon Walk in the Olympic Closing Ceremony. The punishment is too harsh. https://t.co/qCS2IIq3BR via @ChangeAUS

Wright also started the use of the hashtag #letherdance to support the campaign to let McKeon, who won one gold, two silver and one bronze in Rio, participate in the closing ceremonies.

Melanie will get to 25,000 signatures by the time you’re reading this. I Hope the poo-bahs at the AOC bend on this. If McKeon doesn’t get to march I won’t watch either. She deserved nothing more than a strongly worded email.

If Australia doesn’t bend, Emma can take solace in knowing she’ll be around a lot longer than Mark Anderson and Kitty Chiller.