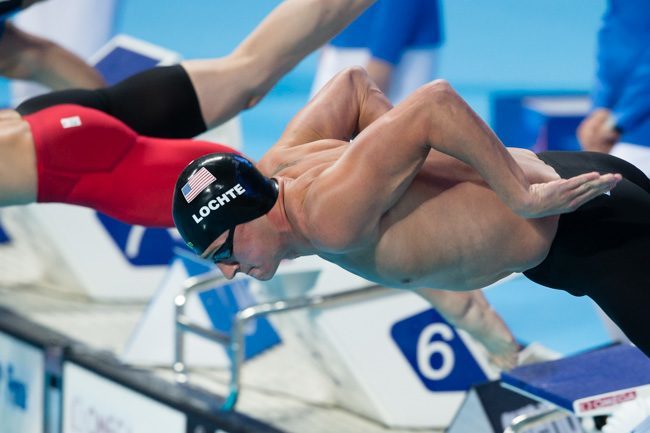 The men’s 200m individual medley saw its prelims and semifinals transpire on this day 4 of the 2015 FINA World Championships.  With the final set for tomorrow night, a closer look at the top eight men reveal a common thread among four of them. Ryan Lochte, Dan Wallace, Marcin Cieslak and Conor Dwyer are all linked by their collegiate alma mater, the University of Florida.

Although they attended the school across differing time spans, the foursome now comprise 50% of the world championships 200m IM final.  This points no doubt, at least in some capacity, to the varied and notoriously grueling training each endured while under Florida Head Coach Gregg Troy.

Wallace, who just set a new Scottish record in the event this morning, is a recent Florida graduate, having concluded his collegiate career just this past spring.  Dwyer first started out at the University of Iowa for the 2007-08 and 2008-09 seasons before transferring to Florida.  But, by the end of his career at Florida, Dwyer would rack up two NCAA Swimmer of the Year Awards.

Lochte and Cieslak are the two Gators who really collected the accolades specifically in the 200m IM event, however. For his part, Lochte was the 2005 and 2006 NCAA champion in the event, while Cieslak took on that title in 2014, his senior year.  The former American record holder in the SCY version of the event,  Lochte of course still holds the World and American records in the LCM 200m IM.  Cieslak, a Polish citizen, just lowered his own national record in the 200m IM with his semi swim of 1:58.20.

Look for all four Gators, among the other competitors of China’s Shun Wang, Brazil’s Thiago Pereira and Henrique Rodrigues, and Sweden’s Simon Sjodin to chase the 200m IM gold medal during Thursday’s finals.

still think Seliskar should have gone to Florida, from what I’ve heard, he likes swimming long, difficult practices

Cal will create a good training enviroment mainly because of Ryan Murphy. Look at what happened when Joe Schooling went to Texas. Conger started picking up fly a lot more and they started competing with eachother which ultimately resulted in both of them dropping a lot of time. I think when colossal talents like Murphy and Seliskar train together, even if they don’t always do the same events, they will push eachother much more than anyone else could.