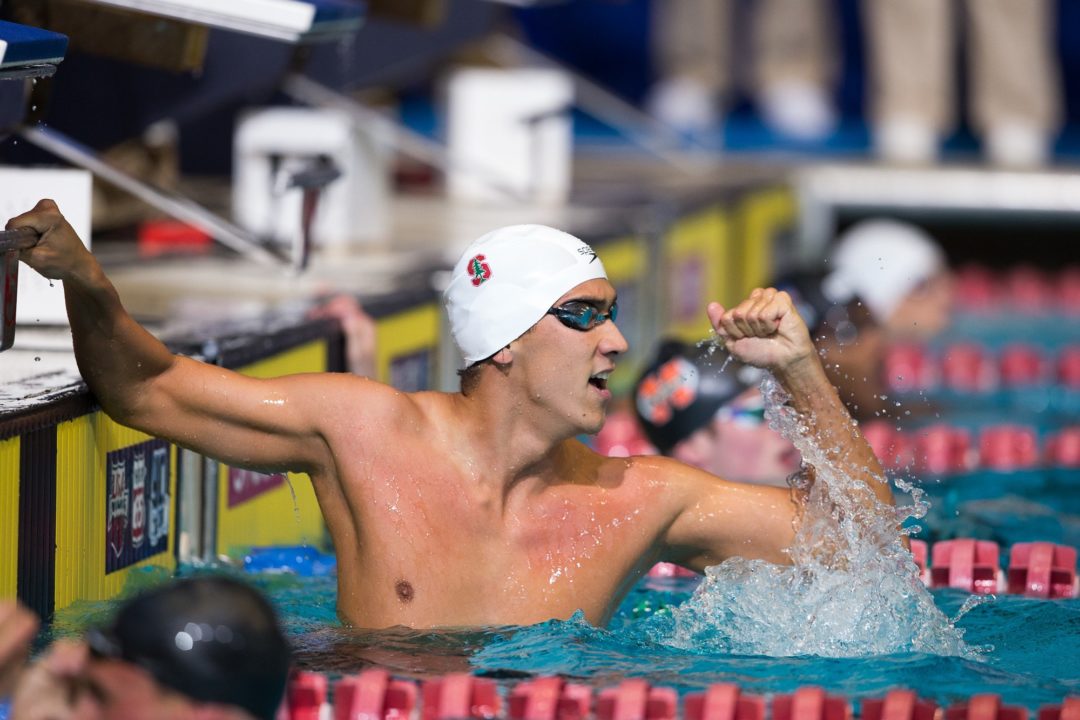 Eugene Godsoe doubles up with another butterfly victory at the 2013 World Championship Trials. Yesterday, Godsoe won the 50 butterfly and today he wins the 100 butterfly in 51.66. (Photo Credit: Tim Binning, TheSwimPictures)

Maya Dirado wins the 400 IM and qualifies for her second individual swim in Barcelona. Her time was 4:34.34.

World record holder and Olympic champion, Dana Vollmer, hit the wall first to win the 100 butterfly in 57.53 at the 2013 World Championship Trials.

13 year-old, Cassidy Bayer of NCAP, won the C-final of the 100 butterfly in 59.99. Her reaction after seeing her time on the board was fantastic!

World record holder, Jessica Hardy, wins the 50 breaststroke with a time of 30.24 at the 2013 World Championship Trials.

“I can’t let [Cordes] have all of the fun!” says Kevin Steel after winning the 50 breaststroke in 27.26, re-breaking his US Open record from the morning session.

Rachel Bootsma wins the 50 backstroke in a new US Open and American record time of 27.68 at the 2013 World Championship Trials.

David Plummer wins the 50 backstroke, breaking the US Open record with a time of 24.52 at the 2013 World Championship Trials.

Tim Binning, TheSwimPictures, captured all of these images.

Yes! The photo of Cassidy Bayer is absolutely fantastic! To swim for the first time under the minute was surely her biggest goal of the year and she has done it. She’s only 13! Congrats to her! She’s the future American star on butterfly.
Here’s her race.
http://www.youtube.com/watch?v=qTQJBepww9Y