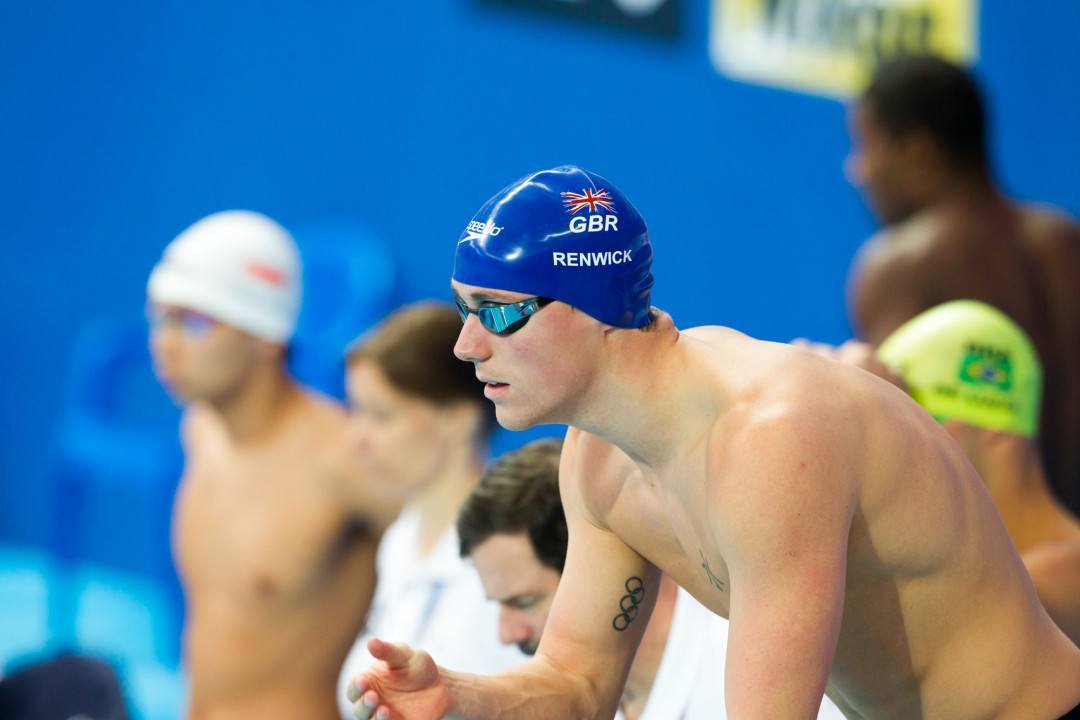 The 28-year old, born in Abu Dhabi but tracing his heritage to Scotland, has been a part of every Olympic and World Championship team for Great Britain dating back to 2007. His career peaked into and just out of the rubber suit era: he took a bronze medal in the 400 free at the 2008 Short Course World Championships, and then in 2010 won individual gold in the 200 free at the Commonwealth Games. He has a total of three Olympic appearances under his belt at the 2008, 2012, and 2016 Games, and was the British Record holder in the 200 free for 6 years.

Renwick cites the 800 free gold medal as his favorite to date. “It marked a return to form despite part of me believing I was past my best,” he recalled. “It is difficult to do justice to that feeling; it was like standing on top of the world.”

At the 2016 Olympics Renwick earned a silver medal as a prelims-only swimmer in Britain’s 800 free relay. That’s a moment that he said he’s gone through different emotions over.

“To start with it was a bittersweet moment for me. I was initially devastated not to perform well enough to be part of the final, but I’ve had time to reflect and I’m incredibly proud of my contribution. I’ve been lucky enough to share the pool with many talented swimmers over the years, but to be part of TeamGB at our most successful Games ever is priceless and a perfect way to close such an incredible chapter in my life.”

Renwick plans to stay in swimming in the near future, saying that he’s “looking forward to focusing his efforts on the development and business side of the sport.

“I feel passionately about sharing my knowledge with the next generation, and mentoring younger athletes who are starting out in their career. I firmly believe that, without the help and support of others, no athlete can reach their full potential.”