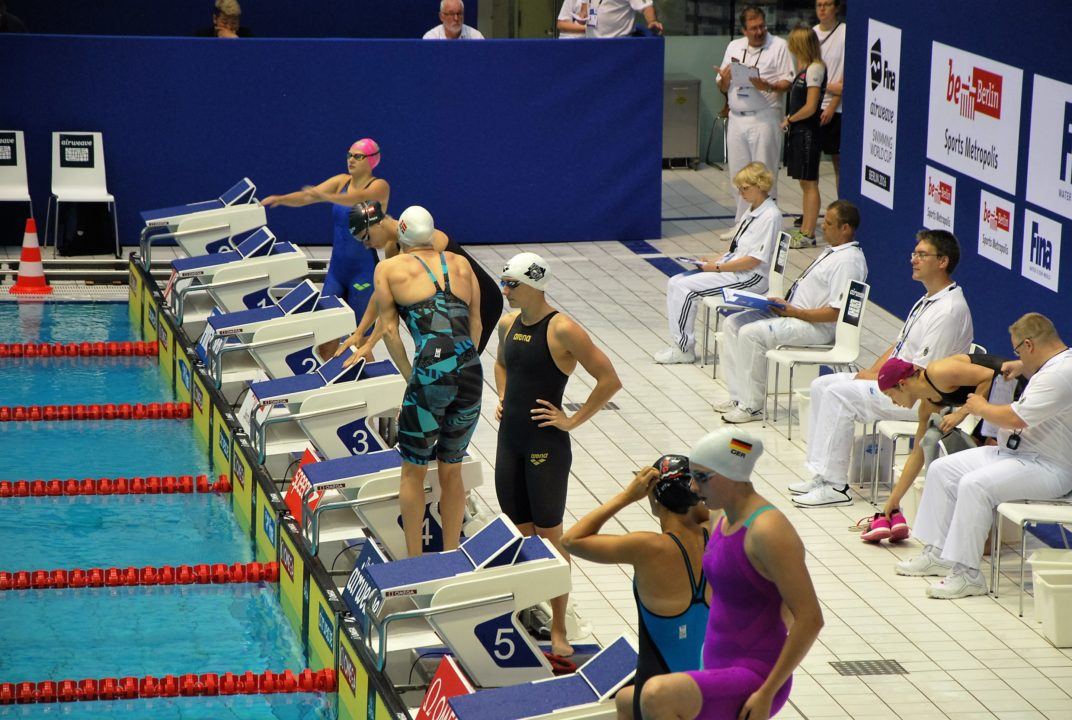 The women's side of the competition brought the fireworks again on day 2 of the Bergen Swim Festival in Norway. Archive photo via Daniela Kapser

The women’s side of the competition brought the fireworks again on day 2 of the Bergen Swim Festival in Norway, with Hungary’s Katinka Hosszu, Sweden’s Sarah Sjostrom and Iceland’s Hrafnhildur Luthersdottir all racking up additional titles to go with their wins from last night.

After racing in 3 rounds of the women’s 50m butterfly where she would ultimately wind up 3rd, as well as the 200m breaststroke where she settled for silver, Hosszu took the women’s 200m IM tonight in a time of 2:16.44. Although well-off her mark from April at the Hungarian National Championships where she notched a world-leading time of 2:09.38, Hosszu did manage a morning 200m IM swim of 2:12.87 in Bergen before accumulating even more racing yards at the PM session.

The Iron Lady also tackled the 200m freestyle tonight, where she stepped onto the podium once again. Hosszu notched a time of 1:58.04, a solid outing amidst her packed schedule, but not enough to top a speeding Dutch woman in Femke Heemskerk. Stopping the clock at 1:56.59, Heemskerk matches exactly her 6th-ranked time in the world earned at The Hague in March.

Yesterday’s monster sub-53 second 100m freestyler Sjostrom got the job done in rounds of the women’s 50m butterfly today, finishing 3rd in round 1 (26.51) and 1st in round 2 (26.55) before ultimately taking the skins event in a mark of 25.62. Sjostrom’s 3rd round represented the only time to dip under the 26-second threshold on the day. Sjostrom opted not to swim the 200m free event at this meet.

Foreign athletes took both the women’s and men’s 200m breaststroke races tonight at Alexander Dale Oen Arena. First, Iceland’s Luthersdottir was rendered victorious in the 200m distance in 2:26.24 to go with her 100m distance victory from night 1. Sweden’s national record holder Erik Persson won the men’s 200m breast handily in a mark of 2:10.17, touching over 5 seconds ahead of the field. That time ranks within the swimmer’s top 5 performances of his career, but off Persson’s lifetime best and 3rd ranked time in the world of 2:07.85 collected at the Stockholm Open.

Finally, Denmark’s Mie Nielsen was on the cusp of rattling the world’s top 5 rankings with a sub-minute swim in the 100m backstroke tonight. Heading into the meet, her season’s fastest was the 59.81 clocked at January’s Flanders Cup. Tonight, however, splitting 29.28/30.36, the Dane was able to shave just under .2 off that mark to earn gold in 59.63. That time now sits as the 6th fastest globally.