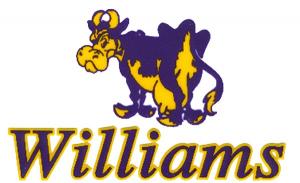 In a set of back-to-back dual meets, the Williams Ephs came out on top and finished their season undefeated. For...

In a set of back-to-back dual meets, the Williams Ephs came out on top and finished their season undefeated. For the men, it was the first time since the 2007-2008 season where that feat has been accomplished. En route to a perfect season, Williams faced off against MIT  and then Middlebury.

MIT was at home for the first meet since November when they faced off against the Ephs. The Engineers’ loss ended their own unbeaten season.

The Ephs started things off right on both sides, claiming the top spot in the 200 medley relay for both the men and the women. Then the distance athletes were up, and Sarah Thompson got the ball rolling for the incredible seven swims of the meet that landed in the top 16 in the nation for Division III athletes, from a dual meet.

Thompson’s mile – completed in 16:57.58 – is the third fastest mile in Division III so far this year, and that’s including among all the times posted at midseason by shaved, tapered and suited athletes. Undoubtedly, an incredible feat. Still not impressed? Thompson’s time put her 47 seconds ahead of the runner up Mary Thielking of MIT (17:44.31).

Megan Pierce keeps moving up for the Ephs, and after this dual meet with the Engineers, she is now ranked as the 12th fastest 400 IMer in DIII. She won the event last year in 4:19.94. Her fastest time this year – 4:28.72 – is less than four seconds away from what she swam in prelims last year.

Also making some headway in the 400 IM was Tim Lattimer, posting a 4:01.61 to claim the top spot in the meet. Lattimer’s swim earned him the 14th fastest time in DIII. He beat out runner up Alexander Lednev of MIT (4:07.43) for the win. Lednev is ranked 5th with a season best time of 3:56.43. When these two face off again, it’ll be interesting. Lattimer finished 10th last year with Lednev in 12th at the NCAA finals. Lednev’s time this season is already two seconds faster than he was last year, and a smidge ahead of where Lattimer was.

The Engineers will be back in the pool on Jan 31st to host Amherst.

In the final dual meet of the season, coming off an intense meet with MIT, having spent ten hours on a bus and after a long week of training, the Ephs seized their final victory and sealed their undefeated season on both men’s and women’s sides.

The Ephs settled themselves in on both sides with dominance in the relays: the men grabbed the top two spots in the 400 medley relay while the women cruised in two seconds before their competition.

In a show of depth, the Ephs captured multiple events with 1-2 finishes, including a first-through-fifth sweep in the 500 freestyle spearheaded by Sarah Thompson. Only the top three athletes from a given team score in an event, but putting up so many talented mid distance swimmers is a testament to the Eph tradition. Thompson’s winning time was a 5:04.72.

Thompson was also part of another sweep, this one taking the top three places, led by Faye Sultan in the 50 backstroke. Sultan’s final time of 28.55 was .15 ahead of runner up Anna Epstein.

The meet against the Middlebury Panthers featured not only traditional meet events like 200s of strokes, but also non-traditional events, including 50s of strokes and the 100 IM. In these, the Panthers fared very well, and one of their women actually set a new school record, also.

Jamie Hillas put up the fastest time every time she hit the water, including on the runner-up Middlebury medley relay where she split a 1:04.27 – more than three seconds faster than any other breaststroker in the field. Individually, Hillas claimed the win in two non-NCAA events: the 50 breast (29.69) and 100 IM (58.91), the latter being a new school record. In NCAA sanctioned events, Hillas took home the top time in the 200 breaststroke with a commanding five second lead on the rest of the field, finishing in at 2:25.49.

Middlebury also had the fastest 50 freestyler in Lydia Carpenter who made it to the wall a tenth ahead of her competition, finishing in 24.77 to claim the win.

Middlebury’s distance swimmer Matthew Lantin took charge in the 1000 (9:49.29, winning by over 9 seconds. In the 200 breaststroke, Stephan Koenigsberger took the victory in 2:11.61.

The Ephs and Panthers have finished with their dual meet seasons, but will be back in competition for the championship season at the Middlebury Invite Jan 30-31.

love you thad… I remember when I could beat you now it seems like a distant memory.

Damn. Some of those swims are crazy dual meet times.

Can’t wait to see what the williams squad does at NESCAC.